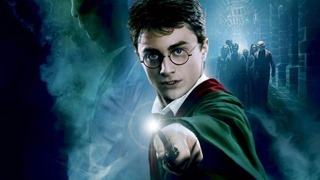 Remember how Pottermore relaxed its grip on the Harry Potter e-books and started letting other stores sell them? Now we have a clearer picture why. The Scotsman has an article looking at Pottermore’s decline in some detail.

The latest accounts for Pottermore show its turnover has plummeted from £31.8m to just £7m in 2015, a drop of 351.6%. The fall has caused Pottermore to plunge into the red. Having registered a profit of £14.9m in 2014, it made losses last year of £6m. The firm has also cut jobs, with the average monthly number of employees culled from 40 to 30 over the same period, the records show.

The Scotsman puts the decline down to the expiration of Pottermore’s sponsorship deal with Sony in 2014, as it was the year after that that the losses mounted. That suggests to me that the actual cause of the loss is probably simply the decline in new customers buying the Pottermore e-books, as all the ravening hordes who wanted to get their hands on them did, and were sated—and since the Harry Potter phenomenon has largely died out in the absence of new content, there haven’t been as many new fans being made. The deal with Sony simply served to camouflage this decline by paying in revenue for a sponsorship deal.

Another potential cause, the Scotsman suggests, is the overall decline in e-book sales, but I don’t think you can really pin a specific effect on a cause that general. And you really don’t need to—the gradual die-off in new interest is really cause enough, coupled with the way Pottermore makes it more difficult than usual for most e-book customers to obtain the e-books by dint of not being Amazon.

And, well, there you go, really. If even Harry Potter, the crown jewels of long-desired e-books, have lost their luster sufficiently that even Pottermore realized throwing in the towel and permitting retailer sales was a good idea, that seems to be the last nail in the coffin of independent single-author or single-publisher e-book stores, like Pottermore or Baen’s Webscriptions. Or at least of big ones. Diane Duane told me on our podcast that her single-author e-book store is ticking right along, but then again, I believe her store only has a main “staff” of one or two—herself and her husband. That’s a far cry from needing to pay salaries for 40 people, or even 30. Perhaps Pottermore could support itself at a much lower level of staffing, too.

The Scotsman is careful to quote Pottermore representatives talking about how they’re actually doing really well and how rosy the future is—and maybe that’s true, now that it’s downsized and farmed out Harry Potter e-book sales. But the fact that it had to do so in the first place seems emblematic of the fact that no large e-publisher can afford to be an island anymore. There are just too many people who are unwilling to venture outside their own e-reader’s ecosystem—and when that ecosystem comprises as many readers as Amazon’s, leaving it out could be a costly omission.