For those of you interested in eBook statistics related to libraries, this looks like a good candidate.

The report presents 145 pages of data and commentary on a broad range of eBook issues, including: spending on eBooks in 2010 and anticipated spending for 2011; use levels of various kinds of eBooks; market penetration by various specific eBook publishers; extent of use of aggregators vs offering by specific publishers; purchasing of individual titles; use of various channels of distribution such as traditional book jobbers and leading retail/internet based booksellers; use of eBooks in course reserves and interlibrary loan; impact of eBooks on print book spending; use of eBooks in integrated search; price increases for eBooks; contract renewal rates for eBooks; use of special eBook platforms for smartphones and tablet computers; spending plans and current use of eBook reader such as Nook, Reader and Kindle; the role played by library consortia in eBooks;

Just a few of the study’s many findings are that: impact of iPad and mobile computing on eBooks; spending on eDirectories and more.

Just a few of the report’s many findings are that:

The libraries sampled had a mean number of 3.51 contracts with individual publishers or aggregators.
For colleges, eBook aggregators represented more than 63% of their total eBook contracts.
Larger libraries were much more likely than smaller ones to make purchases of eBooks through traditional jobbers.
Consortia purchases accounted for only about 35% of ebook purchasing of all kinds
Only 5.56% of libraries sampled have ever developed a video to explain any facet of Ebook use and only about 19% have developed online tutorials.
Only 13.3% of libraries sampled have incorporated eBook use on Smartphones such as Android, iPhjone or Blackberry into info literacy training.
On the whole libraries appear satisfied with the quality of usage statistics provided by their major eBook vendors. 11.1% said that the statistics are not too reliable; more than 82% said that they were generally reliable or there were quite reliable.
13.58% of the libraries in the sample have digitized out of copyright books in their collections to enable their patrons to have digital access to the contents. Another 18.52% say that they have not done so but plan to do so within the next two years.
More than 23% of the libraries in the sample owned some kind of stand along ebook reading device.
The price of the report is $89.00; site licenses are available for just $179.00 for access for all users in an organization. The PDF version of the report is currently available and the print version will be available on December 8, 2010. For further information view our website at www.PrimaryResearch.com or call us at 212-736-2316.

A second report is also available:

The report is designed to give college librarians, educational researchers, publishers and others critical demographic information on the student use of college library e-book collections. Just a few of the report’s many findings are that:

30.42% of the students in the sample say that they have received any form of in or out of class training from a college librarian in how to use the library’s e-book collection.
Only a sixth of students in colleges with a mean SAT score greater than 1950 say that they have received e-book collection training from college librarians.
Less than 17% of community college students found library e-book collections useful or very useful.
Students in the West were the most likely to be frequent e-book users.
Close to a third of the students in the sample were not sure what an e-book was and another 9.5% believed that their library did not have an e-book collection.
It was the middle to upper-middle level college (in terms of SAT acceptance scores) that accounted for the highest percentage of e-book frequent users.
The report is available from Primary Research Group; the price is $69.50. To order or to see a table of contents, view our website at www.PrimaryResearch.com.

Via Sue Polanka’s No Shelf Required 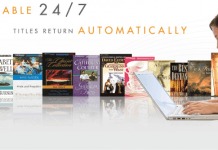 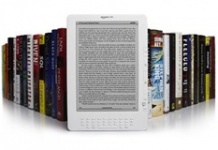