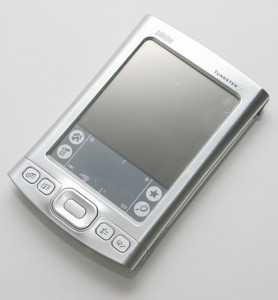 The change happened unnoticeably. Used to be, people with books were common on the Bucharest metro. Then it was the occasional mobile device, and not always in the hands of somebody young, either. Then one day I noticed that most passengers reading on the metro were doing so on e-ink devices, and those were usually a Kindle of some sort…

No wonder I never knew when the city’s fanciest downtown bookstore, and one of the largest too, closed down. Or my favorite used book store. This is how thoroughly Amazon has won. They don’t even need to be present at book fairs anymore, like they used to back when their product was a novelty. It’s mostly just white-haired people holding speeches to each other about the days or yore, anyway.

But if you’re going to embrace e-books and leave paper behind, it’s worth remembering they weren’t born this century, and certainly didn’t need to wait around for e-ink to exist first. Oh, I’m not talking about Michael Hart typing the US Declaration of Independence into a mainframe computer. It’s not even about reading on a desktop machine, although I’ve done plenty of that, too. No, this story is all about the weird and sometimes awkward ways people have been trying to read e-books on the go as soon as it was remotely practical to do so.

The first e-reader I ever saw, in 2001 or thereabouts, was a bulky device with a transreflective LCD screen — the kind with a greenish tint and no colors. I don’t remember the make or model, but its mere existence wowed everyone at the literary circle as we passed it around. If anyone grumbled that paper is better, that detail is long gone from my memory…

It was another five years, until the autumn of 2005, before I could afford a Palm Tungsten E2 — a very expensive gadget at the time. Sure enough, one of the first things I used it for was reading e-books. But the eReader app that came with it (later acquired by Barnes & Noble) didn’t have much free content floating around, and I didn’t have a credit card yet. Luckily Plucker was around — an open source app that came with software to let me make my own content out of ordinary web pages. The workflow was however aggravating, and so I soon ended up looking for more convenient solutions. 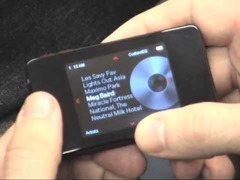 That’s how I ended up buying an iRiver Clix 2, a slim and incredibly elegant media player that could read plain text files, not to mention pretend to be an ordinary thumb drive (hardly a standard feature at the time). The screen was tiny, and the autoplay speeds never quite right, but I still vividly remember reading Little Brother on it during a very special trip to Germany. Sadly, the battery wore down early, so this gadget also ended up at the bottom of a drawer.

In the mean time, however, I had become the happy owner of a Nokia E5, a mobile just powerful enough to run Albite Reader. At last, I could simply download EPUB files off the Internet and read them on the same device, without ever touching a PC or any extra software. Not that Albite Reader is perfect. My edition strips down most formatting, and can’t seem to deal with diacritics. The font is straining my eyes, too. But hey, you can actually read proper e-books on a device that barely passes for a feature phone nowadays!

It seemed I was doomed to struggle if I wanted to read those books you can’t get on paper in Romania. Then I discovered Calibre, an app often mentioned on TeleRead. One of the first features that stood out to me was its ability to produce eReader files.

I dusted off my elderly Palm, which turned out to still work well enough for reading books, and have been happily using it ever since. Doubly so as nowadays most of my devices speak Bluetooth, so file transfer is hassle-free as well.

Is that the end of the story, then? Hardly! With its limited memory, the Palm chokes on larger books, as for PDFs, you pretty much want a 7″ screen at the very least. So I keep around my Android tablet at all times, just in case. (Running CoolReader and PDF Reader if anyone’s curious.) The battery life is worse, but you can’t have them all. And sooner or later the old Palm will give out entirely…

Don’t dismiss all those old and strange devices out there. E-books can sneak into all kinds of niches. And that’s great news for those of us who love them.

Editor’s Note: I’m delighted to present this contribution by my good friend Felix Pleşoianu from Bucharest, Romania. E-books are international, and it’s great to have more contributors from outside my and David’s own US-centric points of view. It’s also nice to see someone who not only started reading on a Palm (just as I did), but who even still uses it. —Chris