I wrote, a couple of April Fool’s Days ago, that the rash of fake stories on April 1 might serve as good practice for us to use all year ‘round in figuring out whether that story our friends emailed to us is true. It turns out that redditors—the denizens of news discussion forum site Reddit—have that ability in spades.

The Atlantic recently posted an article about a college course professor T. Mills Kelly offers from time to time at George Mason University which tries to teach its students to become better at evaluating historical fact by creating historical hoaxes on the Internet, including pages on Wikipedia. When the course was offered in 2008, the class created the tale of “The Last American Pirate,” which managed to go undetected until the end of the semester (at which point a lot of people, including Wikipedia founder Jimmy Wales, got angry about it).

The course was offered again in spring of 2012, and this time attempted to create two hoaxes: one involving a beer recipe unearthed from the wreckage of the brewery where the first American flag was sewn in 1813, and another involving a fictitious serial killer. The hoaxes were carefully constructed using as much real historical fact as the students could find—the victims of the serial killer were real historical murder victims the students found in newspaper files and wrote Wikipedia pages for, for example. The brewery hoax failed to attract much attention, but the serial killer hoax was deconstructed in just 26 minutes after the students decided to launch it via Reddit.

But it took just twenty-six minutes for a redditor to call foul, noting the Wikipedia entries’ recent vintage. Others were quick to pile on, deconstructing the entire tale. The faded newspaper pages looked artificially aged. The Wikipedia articles had been posted and edited by a small group of new users. Finding documents in an old steamer trunk sounded too convenient. And why had Lisa been savvy enough to ask Reddit, but not enough to Google the names and find the Wikipedia entries on her own? The hoax took months to plan but just minutes to fail.

The article suggests that the major reason the hoax unraveled so quickly was Reddit’s strong sense of community—something that other hoax vectors such as Wikipedia or Facebook don’t have. Redditors pride themselves on their ability to sort out fact from fiction, When his students attempted to play on redditors’ credibility, the community was able to investigate collectively and come up with the truth. Even Professor Kelly was impressed.

Some people (such as a lot of the commenters below the Atlantic article) are angry at Professor Kelly for perpetrating these hoaxes. But I actually think they’re a good idea, and beneficial not only for the students involved in the class (who, after all, had to learn a lot about real history in order to perpetrate their fraud credibly) but also to everyone else on the Internet.

I think that we all need this kind of prominent reminder from time to time that we shouldn’t believe everything we read on the Internet. Every time I see someone email me or post to their Facebook page a story about how some dying kid wants us to do something or other, I die a little inside myself. (Come on, people, Snopes is just a URL away!) Rather than get angry at someone perpetrating a fraud, which would be revealed at the end of the semester if nobody twigged to it anyway, I think we should thank them for helping to teach the importance of good fact-checking skills.

Because, after all, it’s April Fool’s Day on the Internet all year ‘round. 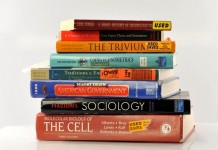