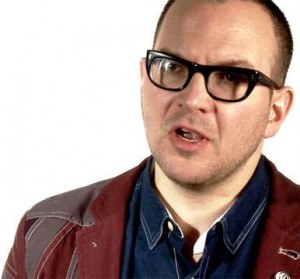 Cory Doctorow—blogger, former EFF employee, and all-around Internet activist—has a new novel out. It’s part of the Humble E-Book Bundle I mentioned a few days ago. It’s also available for free, separate from said bundle, from his website. I bought the bundle, and also checked out the free version from the website, and figured it would be worth a review. Is it worth reading free?

Well, for starters, sometimes it seems like Doctorow has this Jeckyll and Hyde thing going on. It’s like there are two different Cory Doctorows who show up in his writing. Not so much “good Cory” and “evil Cory,” but more like “fun Cory” and “annoying Cory”. Fun Cory likes to play with new ideas, and writes some of the most interesting and thought-provoking SF ever. “OwnzOred” and Down and Out in the Magic Kingdom (and the same-world short story “Truncat“) are among my favorite works of science fiction. But annoying Cory likes to get up on his high horse about one of his activist causes and set up a straw man he can charge at. This is the Cory Doctorow who wrote Little Brother, and it’s also the one who wrote Pirate Cinema. 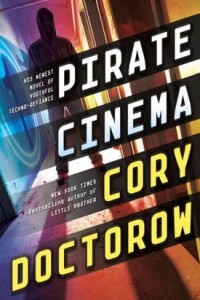 In Pirate Cinema, Doctorow takes on the MPAA and associated organizations who have been trying harder and harder to lock down copyright, the Internet, and freedom of expression. It opens an unspecified number of decades in the future with the protagonist—a 17-year-old named Trent, who goes by the on-line nickname “Cecil B. DeVille”—inadvertently getting his family kicked off the Internet for a year under a three-strikes law. (Trent likes to download copyrighted footage to make mash-ups based on the works of a popular deceased actor.) This means that his father is out of a job, his mother can’t collect her benefits, and his little sister can’t study for school. All because a kid downloaded some copyrighted movie clips.

As the story develops, Trent gets involved in grass-roots campaigns to prevent, and later to repeal, passage of yet another draconian copyright law that the public doesn’t want, but Hollywood does. He also comes in for legal action due to his habit of making mash-up movies. Shame on you, you evil MPAA and industry fat cats who buy legislators!

I should say that by and large, I actually agree with Doctorow’s positions. That doesn’t mean I necessarily enjoy being preached to, or watching him create the worst possible examples of greedy corporate executives to bash away at. How about setting a story in the present day, with present-day copyright laws that are quite bad enough? But that being said, I at least have to respect Doctorow for pressing his activist position in every possible venue. Who knows, maybe reading this book will change someone’s mind, or get them to think about copyright laws in a new light.

And if you can get past the preachiness, the rest of the story is pretty decent. Doctorow resorts to the standard young-adult novel plot of the protagonist running away from home to find a self-reliant life in new surroundings (also used to great effect in books like From the Mixed-Up Files of Mrs. Basil E. Frankweiler, or My Side of the Mountain). After initial hard times on the street, Trent is able to make a decent and even comfortable new life for himself, mooching just-expired food from grocery Dumpsters (or “skips” as they’re call in the UK), and squatting in an old pub whose owners aren’t caring for it. He makes a number of new friends and finds new ways to indulge his creativity. (I will say I’m mildly concerned that Doctorow is painting too rosy a picture of being homeless, and that kids might be inclined to try it. Trent catches a remarkable number of breaks, including happening onto a friendly mentor rather than some murderous lout who wants to slit his neck, which seems more likely in the real world.) This eventually includes putting on covert cinema exhibitions in an underground chambers—reminiscent of the mysterious underground theater authorities discovered in a cave under Paris a few years back.

One other mildly annoying point: As it’s in first-person narration, Doctorow peppers the narrative with current Brit and Scot youth slang. But given that Doctorow himself is from Canada (albeit living in the UK), it makes me wonder just how accurate his use of the slang really is. Do kids in the UK really talk like that these days? Would someone that age in the UK right now think he got it right, or would he think Doctorow was just a poseur?

If you can get past the preaching, it’s an interesting book with some fun ideas. I can’t really say Doctorow should have left the preaching out, given that it was one of the whole points of the book, but it does occasionally get in the way of enjoying it.

One note about the free versions of the works available from Doctorow’s site: they include “commercial interludes” between chapters; Doctorow basically asks people to buy the book, and includes links to places where they can do so. It’s not really too annoying, because you can just skip past it to the next chapter, and he is giving the book away for free, so what else do you want? But the DRM-free versions you can get from the Humble eBook Bundle (for as little as one cent) do not include those interludes.

It’s also worth noting that for the first time with this release, Doctorow is prohibiting all derivative works under the CC license under which he releases the book. He explains that his publisher asked him to do this because allowing derivative works (even noncommercial ones) would apparently make it more difficult to place commercial foreign-language translations. He posts an author’s note explaining this at the start, adding that if he’s asked for permission for a particular derivative work (as long as it’s not a translation), he’ll almost certainly say yes.