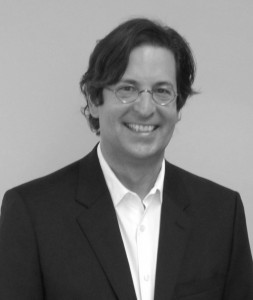 I’m a little late, but I wanted to bring up just one story that popped up between the times I was at The Digital Reader and here. I’ve been following the saga of RoyaltyShare founder Bob Kohn at length with some interest and more than a little amusement. (That’s Kohn in the photo to the right.)  Though he doesn’t necessary have a direct stake in the case’s outcome, Kohn has nonetheless been filing verbose comments, legal motions, and even a comic book (as a legal motion) in an attempt to head off the Department of Justice’s proposed agency pricing settlement. A week ago, Publishers Weekly reported, Judge Denise Cote denied his motion to appeal the settlement himself.

Essentially, Cote says, because Kohn doesn’t have a direct stake in the case’s outcome, he doesn’t have the right to appeal it. She also reiterates her response to Kohn’s legal arguments, which she considered at length in her original decision, and writes that Kohn will be perfectly welcome to file an amicus brief with the appeals court if Apple appeals the settlement. However, Kohn still gets to appeal Cote’s denial of his right to appeal the larger case, which could still let him argue the facts of the case before an appeals court.

Kohn insists that the publishers did nothing wrong, that Cote’s decision is in error, and that he will continue to appeal all the way to the Supreme Court if he has to. PW quotes him saying, “My aim is to get this case thrown out before it does further damage to consumers, authors, and the book industry.” Elsewhere, Kohn has said he feels an obligation to stand up for the settling publishers, since their choice to settle means they’re not standing up for themselves.

I’ll say this for him: Kohn knows how to get publicity. He was rebutted by name (not to mention outright ridiculed) in the DoJ’s response to comments (PDF), and Judge Cote did address his arguments at length. He continues to get coverage of his every move in industry papers like Publishers Weekly (and, yes, by me). He makes a lot of noise.

But it was probably a foregone conclusion that Judge Cote was ever going to side with him. I’m not a lawyer, but I tend to find the DoJ’s arguments more convincing. They have a great deal of solid case law behind them, and Kote’s arguments seem less well-founded. That’s not to say there isn’t a place for more imaginative arguments, differing interpretations, and alteration of the law through new decisions, but low-court judges tend to err more on the side of caution, hewing to the law as it presently stands. Changing laws isn’t usually their job—they leave that to the higher courts.

The question is whether the appeals court will be more willing to be convinced. And that’s a good question. I will be the first to admit I don’t really have any real way of evaluating just how soundly-founded Kohn’s theories are. Is he grasping at straws, or might he possibly have something there? The answer to that will likely govern how well his appeal is received—which represents the only chance that all the writers, publishers, and non-Amazon bookstores opposed to the settlement might have to put a halt to it pending the trial.