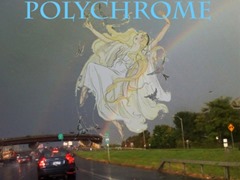 Here’s a worthy-looking Kickstarter project. Ryk Spoor, one of the Baen stable of authors, is looking to self-publish Polychrome, his modern-day pastiche on the public-domain Oz setting. He’s already offered it to multiple publishers, but none of them seems to have been able to figure out quite what to do with it. He hopes to raise at least $5,000 to cover the cost of having the book professionally edited, formatted, and polished up for self-publication.

Of course, you can make the argument that he could just self-publish it as-is, for free; if it’s good enough for a zillion other writers, it should be good enough for him too, right? But I can respect wanting to put in the time and money to make a labor of love look as good as it possibly can. And, in the end, the decision isn’t up to the people who aren’t interested, but rather to those who would like to see him publish the work that way.

Spoor isn’t unique in using Kickstarter to fund self-publication. When I spoke to Michael Stackpole last year, he mentioned that Kickstarter was a big new thing in self-publishing, and “really has opened a lot of doors.” It allows people to judge the level of interest in their project, create books in collectible editions, and make a decent amount of money if the project is put together well.

Anyway, Ryk Spoor is a traditionally-published author with a proven track record of writing successful novels. And I have to love a project that builds on the public domain, which is why the public domain is there in the first place. Also, I was acquainted with Ryk Spoor back when he was “Sea Wasp” on the rec.arts.anime.* newsgroups, so it’s kind of like supporting one of my own.

Anyway, if you’re a friend of Oz, or think it looks interesting, consider kicking in at least $5. I’ve read other stuff Spoor has written; it’s good. I have confidence he’s done a great job with this one.