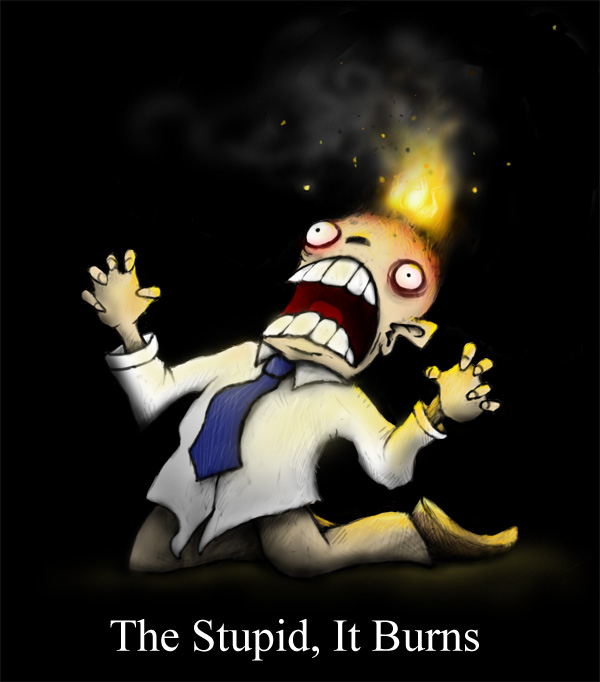 Sad Puppies, and the whole Hugo Awards 2015 fiasco-in-the-making, appear to be generating more reader eyeballs than the hapless works themselves on this year’s slate ever will. Mine included. And there are now any number of dogfights, cases of barking up the wrong tree or tail-chasing, or generally rabid behavior following the pack.

One of the most hydrophobic examples comes from the esteemed Theodore Beale AKA Vox Day, a far-right writer not unknown for his previous sallies into genre culture wars via GamerGate and similar debacles. Charles Stross managed to unearth through some diligent sleuthing the following rant which – as well as yoking Sad Puppies together with Indiana pizza purveying practices in the cause of the Right – frankly needs to be read to be believed:

It’s time for the church leaders and the heads of Christian families to start learning from #GamerGate, to start learning from Sad Puppies, and start leading. Start banding together and stop accommodating the secular world in any way. Don’t hire those who hate you. Don’t buy from those who wish to destroy you. Don’t work with those who denigrate your faith, your traditions, your morals, and your God. Don’t tolerate or respect what passes for their morals and values.

Stross also revealed that nine – no less – of the Hugo nominations came from Castalia House, a Finland-based independent publisher founded by – you guessed it – Vox Day. Their slate of authors also includes John C. Wright, fingered almost six years ago as a spectacular and virulent homophobe. Speculation now is doing the rounds that Castalia House was created specifically to launch books to pack the Hugos.

And from the sublime(ly awful) to the ridiculous, we have the high-speed headline recension by Entertainment Weekly of their report on the affair. Originally this carried the headline “Hugo Award nominations fall victim to misogynistic, racist voting campaign.” EW duly had to revise their report to carry a leading apology as follows:

Nice to know that EW checks its facts so thoroughly before running articles on such a controversial issue. And needless to say, theirs was an absolute gift to the Sad Puppies claque.

Everyone and his or her dog, including The Guardian, now appears to want to take a bite out of this. People who have hardly ever heard or cared about SF, let alone the Hugos, are now probably going to remember both only in the context of this unsavory spectacle. Thank you for that, Hugo organizers.

I’d leave the last word to the estimable Peter Watts on this one: “If you’re an end-justifies-the-means sorta person, then by all means decry the block who stacked the deck and got-out-the-vote in pursuit of their antique right-wing agenda; praise the more progressive folks who try to get you to eschew straight cis white male writers for a year. But if the road matters to you as well as the destination, don’t lose sleep over the fact that the bad guys played a better game this time around. Give a thought to the rules that promote such strategies in the first place.”

The Sad Puppies wouldn’t have had their day without the dozy hands who let them soil the manger in the first place. The organizing process and voting procedure for the Hugo Awards are themselves as much a measure of the decadence and decay of the traditional SF fan/con base as the Sad Puppies. A Sad Puppy is for life – not just for Hugo-mas.

Editor’s Note: Changed some wording for better clarity and accuracy. 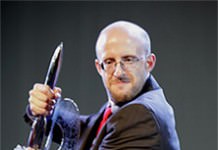