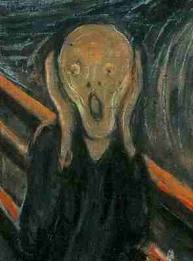 Having been in business for over 40 years I am continually amazed by the publishing industry’s inability to understand how business really works. This industry has been in its little walled-off corner of the world for so long that its executives don’t have a clue about the real world. A perfect example of this was demonstrated at a recent conference I attended when Peter Osnos asked the head of a major publishing company about publishers’ historic lack of direct contact with customers (they deal mainly with intermediate buyers). She replied that with the agency model she now has contact with her customers because she can raise and lower prices and see what happens. Huh! Screw around with your customers, experiment with their goodwill – this is “contact”? Unbelievable.

Another example of this is shown today by Evan Schnittman, the outgoing vice-president of OUP, who complains about higher royalties being demanded by authors and that this view is “built on the self-serving and reductive assumption that e-books can and should be viewed as separate from a book’s overall economy . . . The object of this ploy is to dissect the intellectual property into as many different pieces as possible and negotiate them on the open market in order to maximise the deal.” The Bookseller reports: Schnittman—who joins Bloomsbury as m.d. for group sales and marketing next month—told The Bookseller: “All parties are to blame, but it feels like there is a land grab attempt at establishing rates for what are primary rights being dressed up as secondary.”

Blame! Land grab! Primary and secondary rights! What Schnittman fails to comprehend, too long in the industry, I guess, is that the rise of ebooks and the entry of companies like Apple and Amazon have moved the world from the Secret Garden of the publishing industry into the world of real business – the business that has been going on around them since the invention of capitalism. Amazon and Apple don’t care about the ethereal “value of the hard cover book”, they care about making money. There are no “publishing industry intangibles” here, just naked lust for profits. This is the way that all of capitalist industry works, except, of course, for the publishing industry. Of course there is an attempt to “dissect the intellectual property” and to “maximise the deal”. This is normal, natural behavior in the capitalist community.

As an outside observer, I am just mesmerized by the fact that publishers don’t recognize this. On top of that they seem offended by the fact that the rise of ebooks and the entry of real businessmen, in the guise of Apple, Amazon, etc. is starting to bring the reality of real-world business to their Garden.

Royalties are a perfect example of this. Up until digital publishing and ebooks there never was any real negotiation between an author and a publisher. The publishers could, more or less, dictate the terms of the royalty because they had no competition. Thus the author was never a real party to the negotiation. Now, with the rise of ebooks and with the rise of major players such as Amazon, who understand how to do business, and with a new competitive landscape being pioneered by such firms as Smashwords, the author has finally gotten some bargaining power. He has an alternative to the rates dictated by the publishers. Of course he is making, as Schnittman calls it, a “land grab”. He should be making a “land grab”. It’s in his interest to be making a “land grab”. He’s the producer of the product and, as such, is entitled to make a “land grab”. This is the way business, outside the publishing industry, works all around the world. Sorry, guys.

What’s the “solution” for publishers? Well, I think it is pretty simple. Start hiring executives from outside the industry at the highest levels. There is no more walled-off garden and current management is not trained or equipped to deal with the world outside it. Publishing is becoming just another business, like any other business, and it needs real business people to deal with the changes.