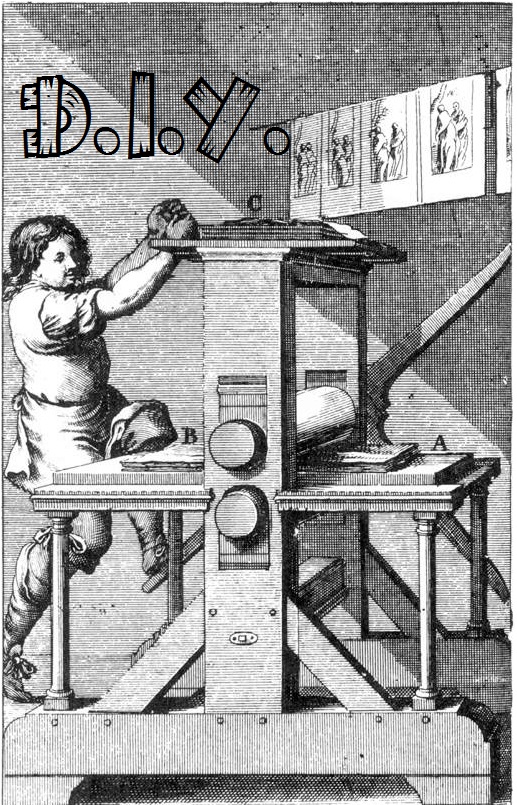 This is an update to an earlier piece I wrote on the conclusions of the latest AuthorEarnings report. And as I wrote elsewhere, the report is so full of juice that it needs more than one go-through. One item I got wrong earlier is that, while the AuthorEarnings figures unsurprisingly show the Big Five publishers on a downtrend across the board, they also show indie publishing on the up-and-up, delivering over 45 percent of daily ebook unit sales on Amazon in January 2016, versus just above 25 percent two years ago (see below).

I misread the indie publishers category in AuthorEarnings to denote small independent publishing houses. However, Hugh Howey, begetter of AuthorEarnings, got in touch with me to point out the error.

“What we call ‘indie’ is actually self-published authors, or ‘independent authors’,” Howey wrote. “What you would consider indie publishers are categorized as ‘small and medium publishers.’ The ‘uncategorized’ category is made up of publishing entities that we haven’t determined to be self-published or indie presses (their books sell too few copies to make the required work worthwhile).”

Meaning that, as Howie emphasized, “self-published authors have nearly half the ebook market on Amazon. Most of the ‘uncategorized’ are probably also self-pubbed authors.”

Small and medium-sized publishers, meanwhile, after a blip in spring 2014, are more or less steady at around 16-17 percent. Amazon’s own imprint, after dipping to just 5 percent in May 2014, is now holding its own at around 13 percent.

The gross dollar sales figures, though starting with a higher share for Big Five ebooks (based presumably on their higher cover prices), show similar trends – so similar that the trend lines, as opposed to the percentage amounts, track the lines for unit sales very closely. As of January 2016, indie publishing – a.k.a. self-publishing – is delivering 25 percent of the daily take in Amazon ebook sales value, versus just above 40 percent for the Big Five – their lowest figure ever and clearly heading even further down.

The figures for the uncategorized single-author publishers show a steady, and not compelling, trend. Unit sales have fallen from almost 10 percent in February 2014 to a steady 5 percent for at least the past six quarters. Gross income soon dropped below 5 percent from that same start point, and hasn’t regained that level since. This may reflect the fact that, as Howey indicated, these players just aren’t doing enough business to either have their identity show up or to make much of a difference to numbers.

Moving on to AuthorEarnings’ breakdown of the bestselling ebook titles on Amazon, total daily revenue to self-published “indie” authors is 44 percent of the total take. Traditional Big Five publishers are delivering only 23 percent, with small and medium publishers accounting for 20 percent and Amazon Publishing contributing 10 percent.

So the final takeaway seems to be that, if you want to hitch yourself to a rising trend, self-publish, or perhaps take a bet with Amazon Publishing. You’ll be part of a growing and ever more successful trend. As AuthorEarnings states, “ebook sales on Amazon.com are generating $1,756,000 a day in author earnings” – and close to half of that is going to self-published authors. And this is supposed to be AuthorEarnings’ most comprehensive and most exhaustively overhauled survey yet. The conclusions couldn’t be more compelling – or encouraging. 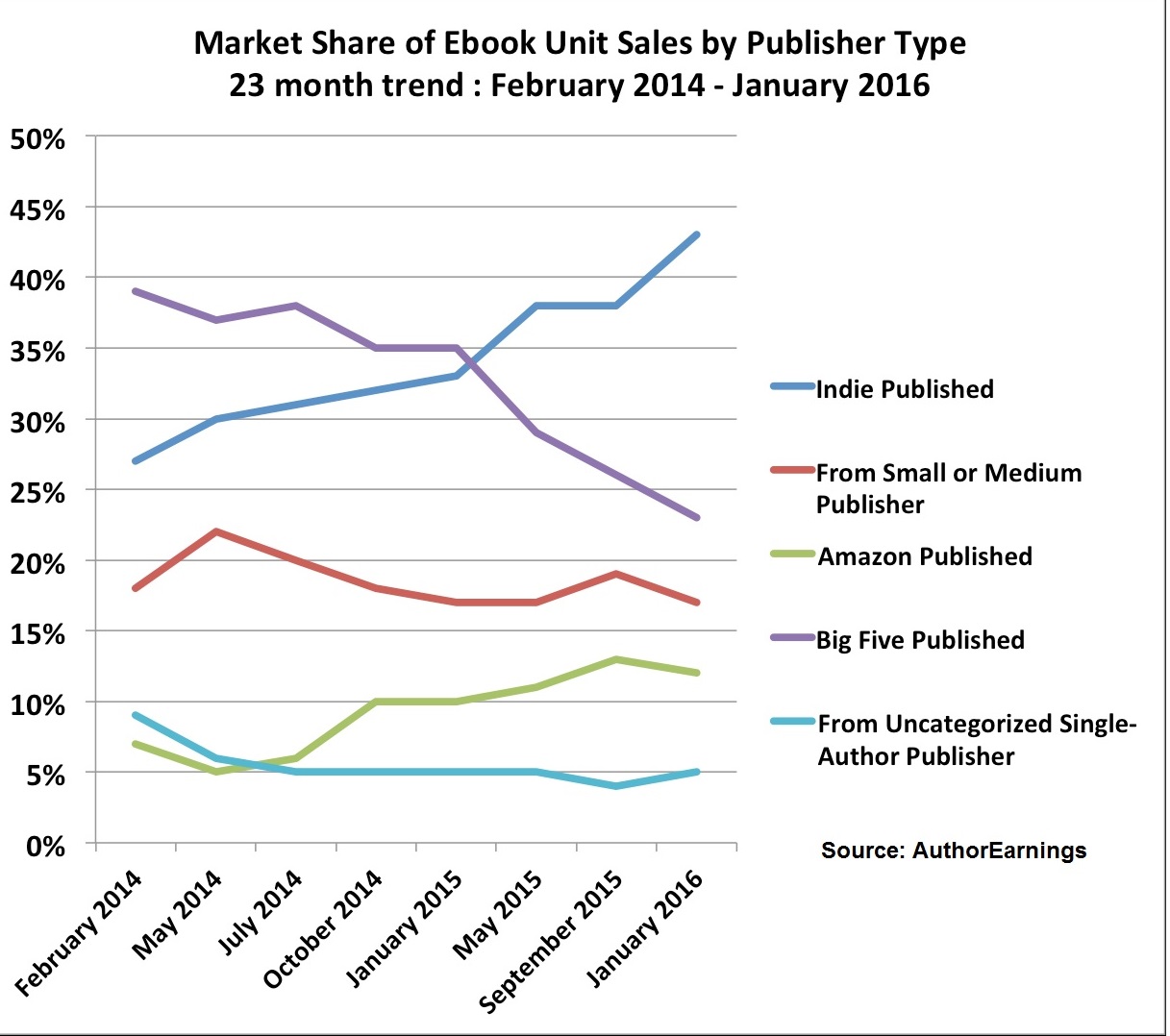