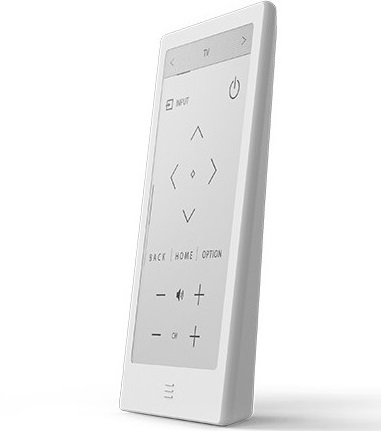 Sony has just announced in Japan the Huis Remote Controller, a customizable e-paper remote control for home appliances. And Amazon, already the Western world’s leader in e-paper devices, and making a major play for the connected home via its Amazon Echo speaker and Dash Buttons, could be the logical player to follow suit.

As the Sony press release explains (via Google Translate), Huis is “a remote control that can operate multiple devices smoothly with a single remote. The operating surface uses the electronic paper display rather than switches, make it easy to arrange and switch the screen.” Sony crowdfunded development of the Huis through their wholly-owned innovation crowdsourcing platform First Flight. According to The Verge, Sony opted for e-paper because of its lower power consumption and persistent display. The device is already on sale in Japan for the very Japanese price of JNY 27,950 ($245).

There’s one obvious way you can see such technology working for Amazon in ebooks. Amazon is already leading in audiobooks in the home through the Alexa voice client, the Echo speaker, and the Fire TV. As well as operating all of these features through an e-paper remote, or just a downloaded app for your Kindle like Amazon’s existing Alexa/Echo app, you could have Alexa read you the text as it scrolls on your e-paper screen, over Echo or your home speaker system. As it happens, you already can, except that the rest of the remote control is missing – so far. Imagine the greater ease of navigation – going from place to place in an audio books and knowing exactly where you are – that visual indicators can offer.

In short, you could argue that Amazon has already leapfrogged Sony, even if the Huis looks far more elegant than most Kindle models. And more broadly, there’s plenty of speculation around that, to quote The Motley Fool, “Amazon Is Winning the Smart Home Race – and Nobody Is Noticing.” Amazon has now announced a partnership with ecobee to control your thermostat via Echo. In fact, the biggest question mark against an e-paper remote for Amazon’s home automation plans is why the Bezos Behemoth would bother with e-paper at all, when Echo is already doing such a good job via voice. But with all those Kindles around … 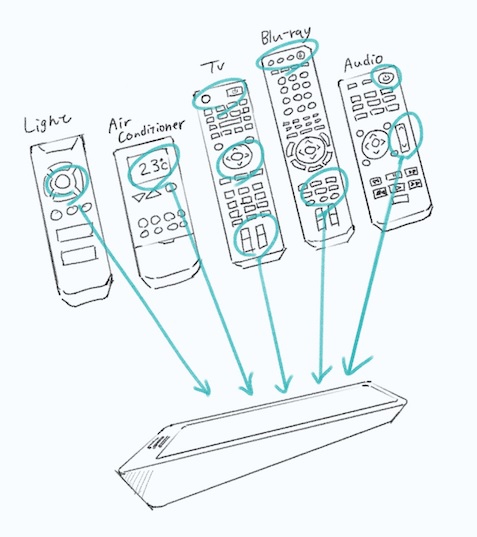