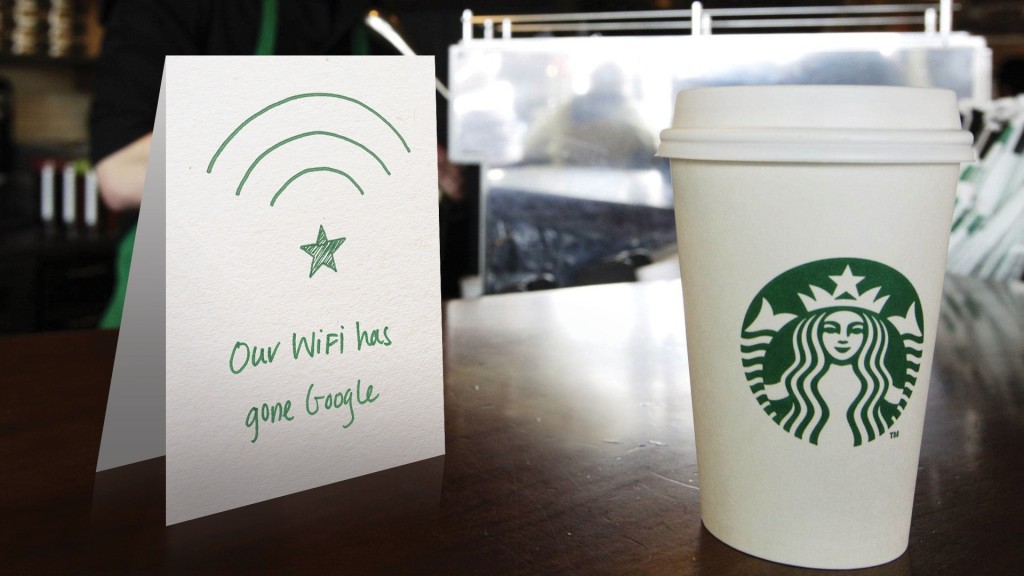 The news was announced on Wednesday that coffee behemoth Starbucks is dropping its complimentary AT&T Wi-Fi Internet service in all its U.S. locations. Instead, a new partnership with Google, which is working with Level 3 Communications, will provide employees and sit-in customers with superior wireless Internet access, featuring speeds up to 10 times faster than Starbucks’ current AT&T Wi-Fi service.

Starbucks has stated that the transition will begin throughout the month of July, with new cafe locations seeing the higher-speed service first, and the company’s 7,000 remaining U.S. stores receiving the service after that. They expect the project to reach fruition, coast-to-coast, in about 18 months.

Though it’s not entirely guaranteed, especially depending on franchise location, the new Wi-Fi will supposedly feature 1.5-megabit speeds—again, Starbucks claims the new Wi-Fi will be 10 times faster than customers are currently used to. This will make it easier for customers to handle larger file sizes when downloading or streaming videos, for example—and that’s to say nothing of the speeds at which customers will be able to access the Web.

Starbucks is expecting the new Wi-Fi connection to entice customers to remain seated longer; they also expect it’ll bring in others who would perhaps decide not to dine in.

Every time I go to Starbucks (though rare, it’s usually to get some work done outside of my home,) I generally find the Wi-Fi speeds frustrating. When I caught this news, a little piece of me felt excited; I’m not crazy about the coffee; but to get away from all my tempting stuff to play with at home, it’ll now seem a bit more exciting to set-up shop at my local branch to do some writing.

What are your experiences with Starbucks Wi-Fi? Into it? Not so much? Let us know by sharing a comment below.