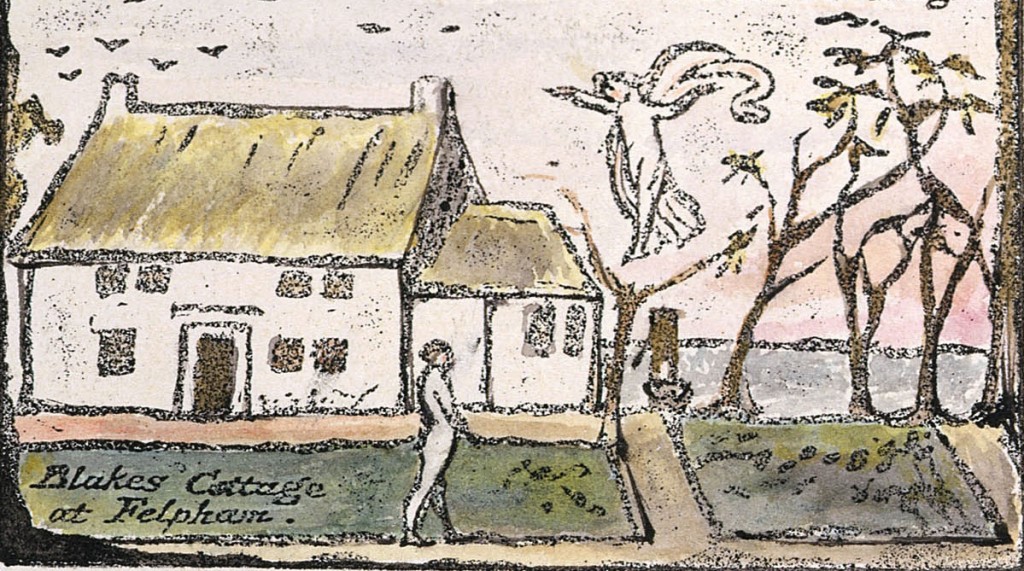 William Blake is not only one of England’s most celebrated and beloved literary and artistic sons worldwide, he is also author of what has become the unofficial English national anthem, “Jerusalem.” Yet the cottage in Felpham, Sussex, where he composed “Jerusalem” is now up for sale to private buyers after UK cultural bodies failed to make a move to save it. The Blake Society, custodians of his memory, have been given a strictly time-limited opportunity to buy the property at a discount – if they can find enough donors.

“We have until the 31 October 2014 to raise enough money to save and protect the Cottage in perpetuity,” states the Blake Society’s appeal page. A sister campaign, the Big Blake Project, states that: “There exists a really exciting opportunity to help the Blake Society purchase this quintessentially English cottage and save the home of England’s green and pleasant land in trust for the nation.”

Blake not only composed his epic Milton at Felpham, he actually claimed to have seen the spirit of Milton descending on him at the cottage. For any fans of the visionary Blake who actually believe in some kind of literal truth to his visions, that makes the cottage a very special place indeed. For everyone else, it is still a cultural fact of massive importance in British intellectual history. Blake is rightly regarded as one of the most powerful (if very eccentric and individual) minds that Britain ever produced, and Felpham was the arena for his confrontation with one of the other great poetic intellects of the English past.

The cottage has in fact been on the market since 2013, “formerly the home of William Blake and the first time on the market since 1928. A most picturesque 17th Century brick and flint period cottage,” as the estate agent (realtor for U.S. readers) explains. Just why the UK National Trust or English Heritage didn’t step in to buy the property for the nation isn’t clear. According to reports, the existing owner, who inherited the property after generations in the same family, reduced the asking price to £520,000 ($882,550) for the Blake Society, with an attached time limit to raise the money.

Of course, this isn’t to say that the owner is at fault for not gifting the cottage, or that any future private buyer will necessarily be a bad owner. But I can’t imagine many more deserving literary causes in the UK – or many more glaring failures of UK cultural policy. If the National Trust and English Heritage aren’t up to this, then what the hell are they for?