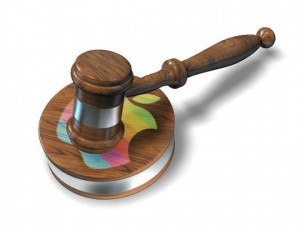 All we’ll hear about it from the Supreme Court is a single line under the listing of “Certiorari Denied” on the Supreme Court’s current list of summary dispositions (PDF)—but suffice it to say that it’s finally over. The Supreme Court won’t be hearing Apple’s final appeal of the antitrust decision against it, the appeals court decision affirming Judge Cote’s can stand, and Apple should get ready to start paying out $400 million in consumer refunds (despite the failed attempts of a professional objector to stick it with more) and $50 million to lawyers. Wonder how much I’ll get back?

Andrew Albanese has his usual excellent coverage of the history of the case and the details of the settlement at Publishers Weekly; Bloomberg has it, too. Thankfully, it’s finally over, and we shouldn’t have to hear too much more about it once the payments are dispensed. Expect a flurry of commentary and reactions from across the blogosphere in the next few days, though.

On the whole, it’s not terribly surprising that the court ruled the way it did. As a number of participants in the blog symposium I covered pointed out, there was nothing really special about it, except in the minds of Apple’s defenders—and every antitrust case is special to the defendant. It’s unclear whether Scalia’s death affected the decision, though it couldn’t have helped Apple’s case any. It’s also uncertain he’d have favored Apple if he was still around.

In the end, the suit didn’t really make a whole lot of difference over the longer term where e-book prices are concerned. It delayed the onset of agency pricing, but it still came back and looks like it’s here to stay in the end—possibly even by Amazon’s own request. But it did smack the publishers down, force them to stop conspiring with each other as a matter of course even on things like book release dates, and kick back some of the publishers’ and Apple’s ill-gotten gains to the people who had to overspend on agency-priced titles.

And it also means I can get a smug sense of satisfaction by saying, as a statement of fact, Apple broke the law by conspiring with publishers to implement agency pricing. No more arguments that “it isn’t settled yet,” or denials, or weasel-words like “allegedly”: the courts officially found that Apple broke the law and its appeal was denied.

(And so did the publishers, though they settled to avoid an official judgment—but if Apple’s conduct was illegal, then so was theirs.)

I’m going to enjoy saying that for quite some time to come.