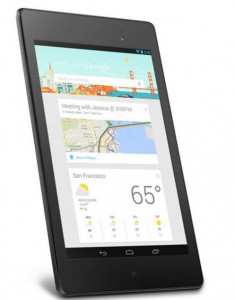 With the blogs and newswires buzzing over Google’s update of its hugely popular Nexus 7 tablet, as well as Google’s release of the new ChromeCast HDMI dongle, it’s not hard to conclude that quite a lot is happening in the world of Android.

The Nexus 7 tablet, after all, was arguably the device that really put Android tablets on the map over the iPad. And the new ChromeCast dongle, for those of you who may not be familiar with it, essentially turns any mobile device (Android or iOS), or any Chrome browser-equipped PC or laptop, into a video-streaming hub able to feed media or screen output wirelessly to a TV or monitor for only $35.

All the same, my conclusion is that all the news is greater than the sum of its parts, and we are looking at another generational step change in mobile media, with all its implications for e-books and content.

It’s been tagged as an incremental upgrade of the previous device rather than a major revamp, as has the Android 4.3 Jelly Bean OS that it comes preloaded with. I wouldn’t argue with that, although the 1920 x 1200 pixels resolution Full HD display is certainly going to make life much better for the many readers using it as their e-book platform of choice.

But some of the less obvious changes could prove to be the most significant. The new tablet sports hardware-based HDMI output via its SlimPort, and has Bluetooth 4.0 with Bluetooth Low Energy support. So out of the box, it’s equipped to work with both big-screen monitors and the upcoming smartwatches and wearable devices. Google Glass integration could even be a possibility. 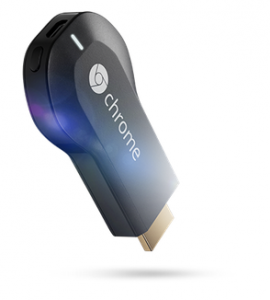 Clearly, Google is focusing on hitching up its flagship tablet to auxiliary devices both large and small. And yet the ChromeCast goes one step further. For an unbelievably low price point, you can now connect almost any computing device to any HDMI-equipped TV.

I would take bets that this has killed the market for the generic Android-based HDMI TV sticks we’ve grown so used to buying from Rikomagic and other Chinese manufacturers, let alone all those set-top TV streaming boxes. It has an SDK for developers to bolt on new apps. It even comes with Netflix. And it makes all kinds of new usage and reading scenarios feasible. Oh, and by the way: It’s shipping now.

Then we have NVIDIA. Whether miffed or not at being passed over in favor of the Qualcomm Snapdragon chip for the Nexus 7 reboot, they are now rolling out their own Kepler Mobile Project Logan tablet GPUs that are more powerful that the PS3. This will equip the next generation of Android devices, Nexus or not, to feed gaming and graphics-intensive experiences to HDTVs.

So altogether we have Google, Chrome and Android stitching together an immersive wireless content experience that can incorporate almost any device and any OS, at price points and with legacy support that make buy-in a no-brainer. With graphics power and smooth cross-device integration, and even cross-platform integration, like nothing we’ve seen before. Scaling seamlessly all the way from your wrist to your living room wall. Sounds like a next generation to me.

And where is Apple in all this? Not very visible.

With iPhone lite and a possible iWatch still vaporware, while Google Glass is already on track for its second generation, it’s hard not to conclude that the onetime category creator has lost its thought leadership in the industry, and is just playing catch-up.

Interestingly, Amazon has been absent from the party so far. I’d be interested to see what they come up with to match this eye-catching new technology. Or perhaps they’ll just focus on pumping e-books and media down these fat new pipes.