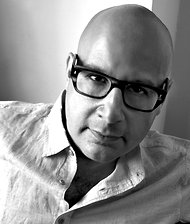 As already noted in TeleRead, author Ted Heller has recently been bemoaning his woes as a self-publisher in Slate. He’s now followed up with a further bulletin on his tribulations as an e-reader, first run on The Weeklings and also aired since on Slate. In particular, he cites the demise of that mobile billboard, the book jacket.

Heller takes issue with the fact that Kindles and their ilk never show others your reading choices. “The Kindle tells you nothing about the book that’s being read and therefore nothing about the person reading it,” Heller observes—though I’d object that this comes down to judging a book reader by their cover. And he mourns the fact that his “new novel (West of Babylon) is only available in electronic form … There will be zero chance I’ll ever see anybody reading my book. Zero.” (So much for my bad habit of squinting over peoples’ shoulders at their screens.) 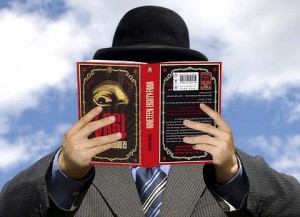 Heller bewails the passing of the book as physical artefact. But it seems he straddles the fence. “I’ll confess it now: A few months ago I bought an e-reader,” he confesses. “My wife had gotten one and it looked interesting to me. And now I love the device.” Wait: The Kindle first came out in 2007? Microsoft Reader was first released in 2000? Peanut Press was founded in 1998? And Heller has taken this long to get to grips with one of the most fundamental developments for the business and craft of writing?

“I still feel a pang of guilt whenever I pick up the e-reader,” Heller goes on. “It feels as though I’m betraying someone or something. But just who or what am I betraying? (Gutenberg? Myself? All of Western Civilization perhaps?)”

Well, Project Gutenberg has been doing its best to host the written corpus of civilization since 1971—available free, worldwide, to anyone, for nothing. As of February, it held 42,000 books. The Internet Archive, founded in 1996, hosts 10 petabytes as of October 2012. Dust jackets, though, have only been in general use since the 1880s: Dickens and Dumas got by without them. Doesn’t sound like much of a betrayal to me.

Heller’s work has actually been garnering good reviews, so he should worry about recognition. For someone so reluctant to grapple with the new realities of the publishing business, he seems pretty switched on. “According to the latest data on Amazon, 79.2% of my readers love my books, 10.3% don’t, and the remainder really wants to kill me,” he says on Amazon’s Ted Heller page. Perhaps the latest way to game the Amazon visibility lottery is to write articles complaining about e-books when your own new e-book comes out? It’s a great trick if you’re a journalist: People will actually pay you for doing your own publicity. (And OK, I confess: I do this too.)

If it’s a matter of judging others by what they read, meanwhile, social media from Facebook to Goodreads provides so many ways to do that now. I have to admit that an e-book device with a screen on the back to show what you were reading would be pretty neat, though.