Beginning in the first half of next year, Starbucks loyalty members will be able to read daily and weekend briefings from The Times, as well as other articles recommended by Starbucks, using the coffee company’s mobile app [shown here—link added].

The TeleRead Take: The Grey Lady has long been one of the big boosters of paywalls, but that doesn’t mean they can’t make some content available for free if they think it will gain them more readers. I’m personally a little dubious of their chances, though. People who read online news like to read it via their own specific apps. But on the other hand, Starbucks patrons can earn loyalty points by subscribing to the Times, so if it helps them sell more subscriptions, why not?

Notoriously anti-web Harper’s is easing things up a bit. And we stress “a bit.” Harper’s is introducing a metered paywall, which will allow readers the chance to read one print article per month on Harpers.org. After that, readers will be prompted to pay up.

The TeleRead Take: The New York Times isn’t the only paper experimenting with loosening up. Harpers is allowing readers to read…one print article per month. Yay! Go, them! Well, it’s better than the “nothing” they’d been doing, I guess.

According to the AWA 2015 study, 8.5% of Germans read ebooks, while an additional 11.5% are interested in trying out digital reading. The number of people being opposed to digital reading is much higher: two thirds of the people polled (69.1%) are not at all interested in reading ebooks. Age is a great differentiator in this matter: only 56% of the 14 to 29-year-olds are uninterested in digital reading, compared with 86% of people over 60 years old.

The TeleRead Take: Apparently, the answer is yes. But who knows? Perhaps the e-book vendors just haven’t found the right approach yet. People in the US weren’t all that interested in reading e-books before the Kindle came around, after all. Meanwhile, Galleycat points out that Dutch e-book sales were up by 25% in the first half of 2015 compared to the same period in 2014, but even there they only have 5.5% of the total book market. Perhaps the more restrictive European book sales laws are helping to hold the market back over there?

Despite a series of pivots, a name change and rebranding efforts, Entitle, an e-book subscription venture launched in 2013, is shutting down. The company closed for good July 21 and current users are encouraged to move their accounts to Scribd, which is offering former Entitle members a month of free service.

The TeleRead Take: Just goes to show that just having a subscription service doesn’t mean you’re “entitled” to success. As PW notes, Entitle (nee eReatah) was hobbled by relatively high prices and a glitchy app, while competitors like Amazon and Scribd had better luck. Funny how e-books are apparently so hard to do but Amazon seems to have all the luck, isn’t it?

Each booktrack — think movie soundtrack for your book — consists of music, ambient audio and sound effects that automatically sync with your reading pace as you tap through the pages of an e-book.

Book publishers can either create their own soundtracks, or pay Booktrack around $1,000 per novel to create the track for them. According to founder Paul Cameron, around 50 publishing companies including Harper Collins and Random House are using the platform to generate a new revenue stream from both old and new titles.

The TeleRead Take: We’ve covered Booktrack a few times before. The very idea is kind of easy to make fun of. Do we really need a soundtrack for reading? But even high-profile authors like Salmon Rushdie have worked with them. Plus, if we take this article at face value, it’s clear that a lot of readers—particularly students, using Booktracks via a classroom service—do seem to find it helpful to have ambient music and sound effects accompany the printed text. Perhaps they block outside distractions and help them focus more closely on the text, kind of like how a white noise generator helps someone go to sleep? It would be interesting to compare the effect of reading with a Booktrack vs. reading with white noise. I wonder if they’ve done this?

Regardless, it seems clear that at least some of us do need a soundtrack for reading. Just more proof that a silly idea only seems silly until it actually turns out to work.

The premise is simple: Download the plugin, and suddenly Google Drive will show up in the list of storage volumes that Office can see and connect to. (Microsoft has signed similar deals with Box and Dropbox, among others.) If you have an Office file stored in Google Drive, you’ll be able to open it in Microsoft Office.

The TeleRead Take: The PC World article makes much of this change. I imagine them twirling their mustache and chortling, “Oho! So Google’s given up on its own Google Docs productivity suite now, have they?” But really, the move makes sense for both parties. Online storage is online storage, no matter where it is. And word processors are word processors no matter who makes them. If this deal is helpful to both parties, that’s the very definition of what a good deal is supposed to do. Good for them.

All of this is possible only because Chrysler, like practically all carmakers, is doing its best to turn the modern automobile into a smartphone. Uconnect, an Internet-connected computer feature in hundreds of thousands of Fiat Chrysler cars, SUVs, and trucks, controls the vehicle’s entertainment and navigation, enables phone calls, and even offers a Wi-Fi hot spot. And thanks to one vulnerable element, which Miller and Valasek won’t identify until their Black Hat talk, Uconnect’s cellular connection also lets anyone who knows the car’s IP address gain access from anywhere in the country. “From an attacker’s perspective, it’s a super nice vulnerability,” Miller says.

The TeleRead Take: When someone hacks your smartphone or e-reader, it’s not likely to put you in the kind of situation that leads to bodily injury. Not so with cars. And as BoingBoing points out, automakers have told the copyright office that car software is copyrighted and doesn’t deserve DMCA exemptions. In this particular case, a patch to fix the exploit has been made available, but it has to be installed manually by a USB drive or a dealer. Just a reminder that when you put computers in something, that thing becomes vulnerable—especially if it’s only secure through obscurity. 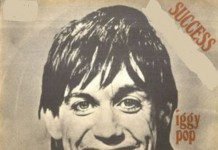 Amazon says only 40 successful self-published authors? I don’t think so 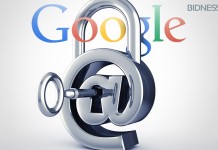