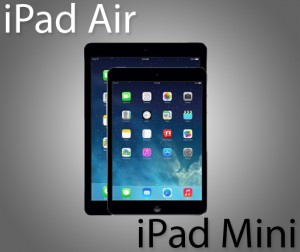 The one technology purchase I regret is my iPad Mini. I wanted something lighter than my aging iPad 2; the iPad Air was not out yet, and I thought the Mini, with its ebook reader-sized screen, was the one for me. Now that the Air is out—roughly the same weight, but with a proper-sized screen—I have pondered selling the lot of it and upgrading to the iPad Air.

What happened was, I had planned to stay home this morning and work off my laptop, so I didn’t fuss about charging my full-size iPad overnight. And then this morning, during March break when people like me would be home, they decided to test our building’s smoke alarms, one apartment at a time. After ten minutes of intermittent alarms jolting me out of my thoughts, I grabbed my Mini—the only charged on-the-go option—and my full-sized Bluetooth keyboard and made for the Starbucks.

I had no problems pairing the Mini with my keyboard and using it successfully with all my usual apps. And, thanks to iCloud and Google Docs, I had everything just where I wanted it and could pick up on several projects with nary a pause.

But, to my disappointment, I found that the iPad Mini really does have a horrifically small screen for doing actual work. I am typing on it now, and squinting after every line. It’s just not big enough.

My verdict? If I didn’t use my iPad for actual work—if all I wanted was to read and play games, or even to run my music files for my classes—the Mini would be great. It’s way cheaper, tiny and cute and portable. I can hold it in my hands without getting the wrist issues I had with my iPad 2. But if you want to do serious work on it, such as long-form writing, the bigger screen of a full-sized device is the better choice. And, since the Air is so light, I should be able to hold it like the Mini without the wrist issues of the iPad 2. I guess I’ll be saving up for it!