The University of Michigan Library announced the opening to the public of 2,231 searchable keyed-text editions of books from Eighteenth Century Collections Online (ECCO). ECCO is an important research database that includes every significant English-language and foreign-language title printed in the United Kingdom during the 18th century, along with thousands of important works from the Americas. ECCO contains more than 32 million pages of text and over 205,000 individual volumes, all fully searchable. ECCO is published by Gale, part of Cengage Learning.

The Text Creation Partnership (TCP) produced the 2,231 keyed texts in collaboration with Gale, which provided page images for keying and is permitting the release of the keyed texts in support of the Library’s commitment to the creation of open access cultural heritage archives.  Gale has been a generous partner, according to Maria Bonn, Associate University Librarian for Publishing. “Gale’s support for the TCP’s ECCO project will enhance the research experience for 18th century scholars and students around the world.”

Laura Mandell, Professor of English and Digital Humanities at Miami University of Ohio, says, “The 2,231 ECCO texts that have been typed by the Text Creation Partnership, from Pope’s Essay on Man to a ‘Discourse addressed to an Infidel Mathematician,’ are gems.”  Mandell, a key collaborator on 18thConnect, an online resource initiative in 18th century studies, says that the TCP is “a groundbreaking partnership that is creating the highest quality 18th century scholarship in digital form.”

This announcement marks another milestone in the work of the TCP, a partnership between the University of Michigan and Oxford University, which since 1999 has collaborated with scholars, commercial publishers, and university libraries to produce scholar-ready (that is, TEI-compliant, SGML/XML enhanced) text editions of works from digital image collections, including ECCO, Early English Books Online (EEBO) from ProQuest, and Evans Early American Imprint from Readex.

The TCP has also just published 4,180 texts from the second phase of its EEBO project, having already converted 25,355 books in its first phase, leaving 39,000 yet to be keyed and encoded. According to Ari Friedlander, TCP Outreach Coordinator, the EEBO-TCP project is much larger than ECCO-TCP because pre-1700 works are more difficult to capture with optical character recognition (OCR) than ECCO’s 18th-century texts, and therefore depend entirely on the TCP’s manual conversion for the creation of fully searchable editions.

Friedlander explains that, for a limited period, the EEBO-TCP digital editions are available only to subscribers—ten years from their initial release—as per TCP’s agreement with the publisher. Eventually all TCP-created titles will be freely available to scholars, researchers, and readers everywhere under the Creative Commons Public Domain Mark (PDM).

Paul Courant, University Librarian and Dean of Libraries, says that large projects such as those undertaken by the TCP are only possible when the full range of library, scholarly, and publishing resources are brought together. “The TCP illustrates the dynamic role played by today’s academic research library in encouraging library collaboration, forging public/private partnerships, and ensuring open access to our shared cultural and scholarly record.”

More than 125 libraries participate in the TCP, as does the Joint Information Systems (JISC), which represents many British libraries and educational institutions. 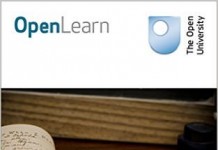 Some really useful how-tos from the Open University 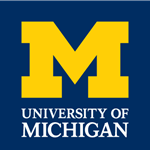 Purdue reveals an alarming future for academia with Amazon?