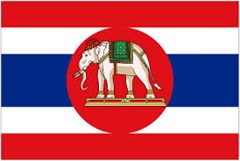 Here’s another way digital media can beat out paper media. The local printer in Thailand who puts out the New York Times elected not to print today’s issue due to a story critical of the Thai royal family. Thailand’s laws make it a crime to insult Thai royalty. The Times isn’t very happy about this, but there’s not a whole lot they can do. And it’s hard to blame the printer for not wanting to run afoul of his local laws and face 15 years in prison.

However, the paper can still be accessed online, and via tablet and smartphone apps. While the printer declined to produce the paper edition, there isn’t any indication that the Thai government was bothered enough to block the paper’s website over it. Even if it was, those who really want to read the offending story could do so via a tool like TOR that helps route around censorship.

This is just another example of how it’s a good thing local censorship laws don’t have global reach. As Google pointed out in its dispute with France, if you let everything illegal anywhere be censored everywhere, you don’t have much left when they’re done.