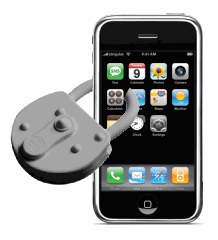 Ever since some of the finer implications of selling digital goods became apparent to software and media manufacturers, most digital content has been licensed, not outright sold. This has caused some complications before—most notably the question of ownership argued in the Vernor v. Autodesk case—but nothing like the can of worms that the Department of Justice may be about to unseal.

In Vernor, the software company successfully argued that the license under which its software was sold trumped first sale—when software dealer Vernor bought copies at an office liquidation, the office didn’t actually have the right to sell them under the terms of the license (they were supposed to have been returned to Autodesk) so the sale wasn’t valid even though the boxes were still in their shrinkwrap. But that may be trivial compared to the implications in this new case.

As reported by The Daily Dot and BoingBoing, the Department of Justice wants Apple to decrypt an iPhone (PDF) found on the person of a subject arrested for possession of methamphetamines. Apple demurs, noting that it might not be hard to decrypt the phone, but they don’t want to set a precedent of being required to act as an agent of the state. (At least for devices where they still can. Apple can’t unlock iOS 8-and-up phones, but the drug arrestee’s phone is on iOS 7.) Not only does it not want to have to expend the necessary resources to field every government request, but it’s fully aware that willingly acting as an arm of Big Brother would damage its reputation in the current atmosphere of concerns over privacy.

But the Department of Justice insists, using the novel argument that Apple has to do it, because they only license the software to the owner of the phone, which means that they actually “own” the software in question, so they have the right and responsibility to unlock it. It’s a similar theory to the idea that, if I were cooking up meth in my apartment, the police could show a warrant to my landlord and he would have to come unlock the door for them. And, after all, under the “license” theory of software “sale,” Apple actually is effectively the “landlord” of their customers’ phones.

I can’t see any obvious reason why the DoJ’s gambit should fail. Software companies have been only too willing to “license” their products instead of “selling” them, because that way they could have their cake in the form of the money they get paid for their products, and eat it too by retaining ownership so they can make whatever changes they want to even after the customer has bought it. But they don’t seem to have realized that they were potentially leaving themselves open to some of the drawbacks of “ownership” as well as the benefits.

And if this does set a precedent, it could affect pretty much every piece of software on the market today, because “licensing” is the usual state of things. Those could be some pretty profound consequences. Not only that, it could affect digital media, too, though the implications for its effect on e-books aren’t as broad. About the only things an e-book vendor could do with “licensed” books are either tell the police what books someone bought or read—which they could do whether they had “licensed” them or just “sold” them—or deny the customer access to their books. (And I can’t imagine why any law-enforcement agency should ever want them to do that.)

I would like to think that this should act as a wake-up call and get software companies to cut it out with the whole “licensing” thing if the DoJ wins. But it probably won’t in any event, because “licensing” is simply too entrenched at this point.