The latest AuthorEarnings report, from September 2015, has already been comprehensively covered. Chris Meadows and many others have parsed it painstakingly. However, others seem ready to draw pretty stirring conclusions from it.

“Self-Published Authors Making Twice as Much as Traditionally Published” declares the headline on the Halo Publishing International Blog, with a picture of a guy holding up a wad of dough. And the article dives in on the AuthorEarnings graphs of authors earning $25,000 and $50,000 or more per annum, emphasizing that “there are more than twice as many Indy authors hitting $50k mark than traditionally published authors.”

Actually, the AuthorEarnings numbers do show that – for authors who debuted in the past three years. But AuthorEarnings also hedges around that attractive picture with a great many caveats. In particular, it warns that:

The odds against an author being able to make a full-time, high-paying career out of writing are long indeed. They always have been. There are many hundreds of thousands of US authors publishing books each year, both traditionally published and indie. Only a few fortunate thousand from among them will end up earning a living solely from their art, no matter which publishing path they take.

No such hesitation at Halo. “For those who thought self-publishing was just a way to turn your story into a book to give family members as holiday gifts, think again,” gushes the blog. “Authors are making real money self-publishing; more than those who try and traditionally publish. And that number is only going to grow.”

And what’s Halo’s own agenda with this? The Halo self-publishing services, with, for example, a limited-time special offer for their Young Author Program of “only” $599.

Many of us, at TeleRead and elsewhere, have been using the AuthorEarnings numbers to prove that self-publishing delivers a better deal than traditional publishing. Sometimes. But not always. And above all, we do so to help free authors from the exploitative contracts and arrangements that have built the Big Five into the Molochs they are by forking writers into their maws. Author Solutions and its many sub-brands and imitators are sad proof that traditional publishing has no monopoly on exploitation. And it’s a shame to see AuthorEarnings used to support the new gouging. 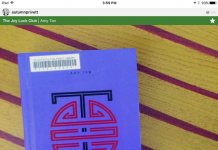 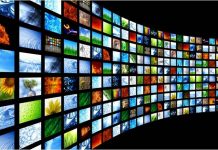 Why isn’t the publishing industry trying as hard as the cable industry?