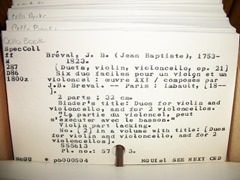 Libraries just reached a milestone yesterday. In some ways it’s a sad one, but in other ways it’s one that you would honestly have expected to have been reached years ago. As found on Facebook, and confirmed via the OCLC’s official catalog cards page, as of September 30, 2015, the OCLC ended support for physical paper catalog cards—it will no longer be printing or sending them out.

If you’re like me, you’re probably scratching your head in wonderment at the idea anyone actually still used those cards—even small public libraries now have access to computerized cataloging systems. But for a service as basic as that, you pretty much have to continue providing access to it long past the time most would have switched over, because some might still be using it.

But that’s over now. If anyone still is using physical cards, as of today they will have to make up cards for each new book themselves. Or else maybe they’ll finally have to get around to putting in a computer system.

Of course, we still have some way to go before e-books push out paper books in the same way, if in fact they ever actually do. But at least you can rest secure in the knowledge that the closest thing library science has to a cataloging standards body has now left the last vestiges of paper cataloging behind. 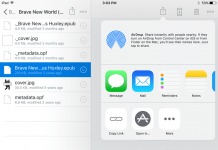 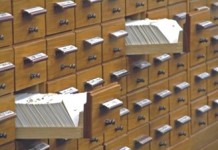 Do you catalog your e-books for home use?