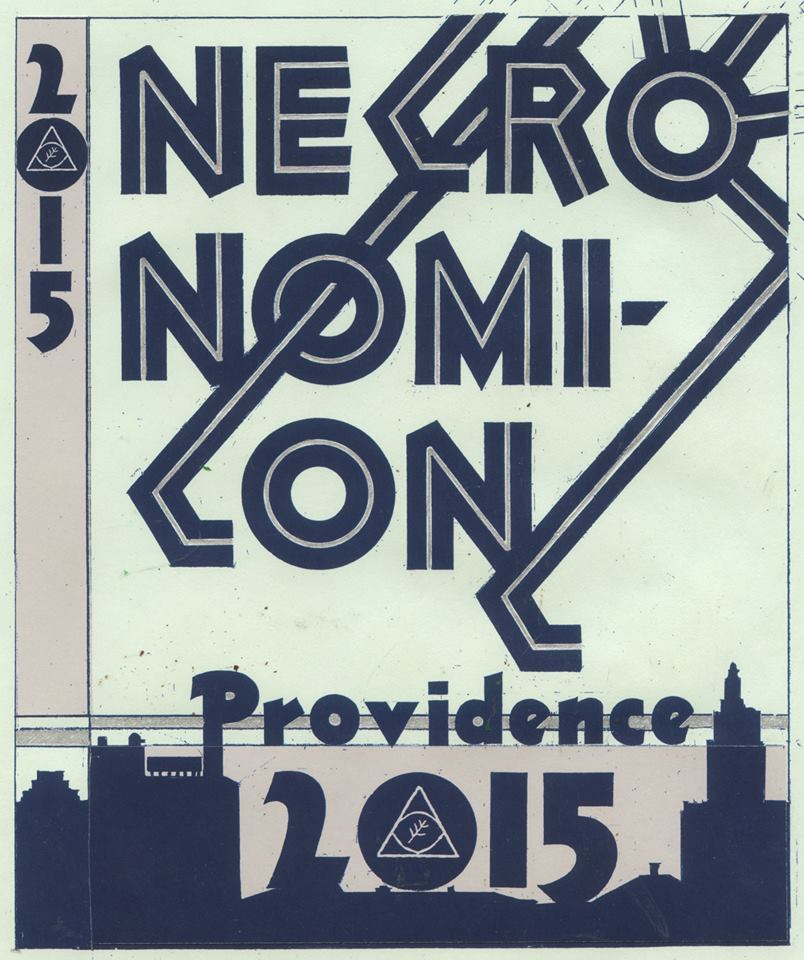 This year’s NecronomiCon Providence celebrates the 125th anniversary of the birth of Howard Phillips Lovecraft on August 20, 1890, in that fair city, and promises to be an insanely great fest of all things Lovecraftian. The regular Mecca (or should that be R’lyeh?) for HPL fans runs August 20-23, 2015, and despite the warm summer evenings, offers a dark and chilling program of events including "a special WaterFire event, radio theater productions, Innsmouth sea shanty sing-a-longs, Lovecraftian trivia, small theatrical productions, as well as the usual walking tours, films, games, art, vendors, etc."

"NecronomiCon Providence is a celebration of weird fiction and its roots in the city of Providence. It is a four-day convention that features panels and talks by experts, authors, artists, and historians who are influenced by the life and works of H.P. Lovecraft," explains the NecronomiCon website. "Our theme for this year is a Lovecraft International Homecoming, with guests and attendees joining us from all around the world and from all corners of weird fiction, art, and scholarly endeavors."

Yes, this is a shameless plug, but I have no personal interest to declare in Lovecraftiana beyond a vague spiritual yen towards those End Times When The Stars Come Right and the Great Old Ones walk the earth to spread madness and destruction. And large, enthusiastic gatherings to ponder, pontificate and chant about those eldritch horrors can only help loosen the sinews of reality and hasten those times, so book your tickets now, people.

Also, the artwork for this year’s con already looks simply great. And dark/weird authors already confirmed for the various panels include Joseph Pulver, Daniel Mills, Don Webb, Richard Gavin, Scott R. Jones, and (of course) S.T. Joshi. Go on, what have you got to lose, except your sanity?