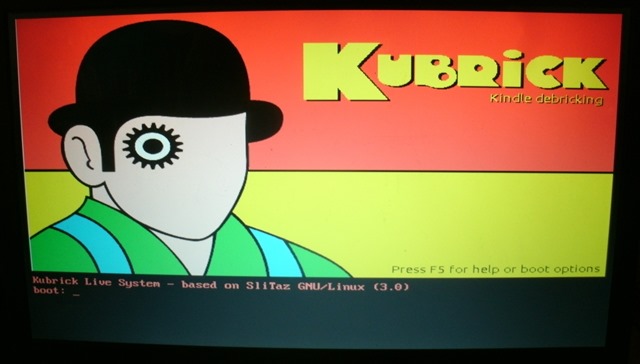 In our last episode, I had spent something like an hour in chat with Amazon, only to have Amazon’s Kindle support division reach the conclusion that my Kindle Touch simply no longer had the ability to receive firmware updates, and I would need to buy a new one. Amazon was even nice enough to give me a $20 discount to put toward a new Kindle device.

But that still left me with my Kindle Touch, still able to boot up and read e-books, but simply not able to install the firmware updates—even after I factory reset it. But my research prior to chatting with Amazon had already shown me there was some kind of Linux boot CD that could be used to “unbrick” certain Kindles. Might that be worth trying?

I wasn’t especially optimistic. Every time I try some kind of weird Linux rescue CD option on my PC, it seems as though it simply doesn’t do anything useful. But one of the comments on my most recent adventure suggested I try it, so why not give it a shot?

The Linux boot CD in question was cleverly called “Kubrick” (short for “Kindle unbrick”), and was able to deal with Kindle 3, 4, and Touch editions. Further research (to wit, reading the Mobileread post about it) indicated that it was a bootable Linux liveCD that contained Kindle firmware files and tools, and a script dedicated to installing them.

So, basically, it’s a rescue CD for Kindles. It comes in boot CD ISOs made for either Kindle 3 or Kindle 4 and Touch (apparently there were just too many files to fit onto a single CD), or a single DVD ISO for both. Since I just have the Touch, I downloaded the specific ISO for that and burned it to a CD (after some adventures getting my BD-ROM drive to work with Windows 10, but that doesn’t have to do with the CD itself so we’ll skip that).

So, I restarted my desktop computer with the boot CD in my Samsung SE-506 BD-ROM drive, witnessed an amusing splash screen, and then received a cryptic error message: “Missing required Java files. Kubrick will not work.”

After wondering how it could be “missing required Java files,” given that I burned the ISO it gave me, a quick Google turned up a later post in that thread indicating what that error message really meant was that the version of Linux on the CD was incompatible with the CD-ROM drive I was using.

(According to a recent post in the 56-page forum thread, the original Kubrick developer hasn’t been seen since he graduated from college, and since the LiveCD hasn’t been fully updated in several years, it doesn’t work with all newer CD-ROM hardware. A new developer is working on a version with a newer Linux kernel. Meanwhile, for folks who don’t have alternate CD-ROM drives to use, it should still work from any USB memory stick that is 1 gigabyte or larger, assuming your computer can boot from such.)

So I moved over to my several-year-old MSi laptop, stuck the CD in its drive, and boom: it booted and ran just fine. Then it told me my Kindle needed to be fully-charged, which it wasn’t, so I plugged it into an AC adapter for an hour until it was. 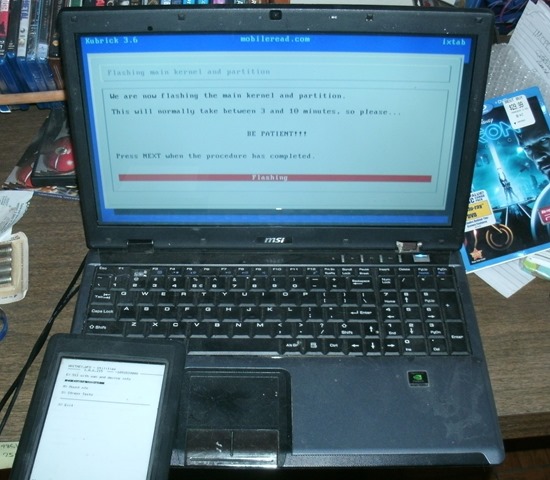 After that, the process was surprisingly simple. The Kubrick script walked me step by step through the entire process, telling me when to plug my Kindle in, then what to do to make it work. Part of the process involved booting it into troubleshooting mode, then tapping specific options on the screen to put the Kindle into USB networking mode. Once it was there, I used the Enter button and occasionally the arrow keys on the laptop keyboard to select options on the screen for what I wanted to do.

It was largely a matter of telling Kubrick to “unbrick” my Kindle—that is, fully factory reset it and re-flash fresh firmware onto it from scratch—and then waiting while it did so. Because I had a Kindle Touch, the process only took about ten minutes. If it had been a Kindle 3, it could have taken up to three hours. Just as well I didn’t have a Kindle 3.

After that, there were options for wiping the USB storage and re-loading speech-to-text files. Given that I didn’t have anything on the Kindle I wanted to keep at this point, I told it to do everything. That took about another ten minutes. And then it was done and rebooting into firmware 5.1.2, and the Kubrick CD ended in a splash screen asking for donations to a Laos literacy project. 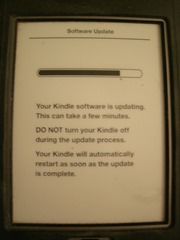 Of course, I’d had my Kindle reboot into 5.1.2 before, but it hadn’t helped me put the new firmware on. So, with bated breath, I copied the 5.3.2.1 firmware onto the Kindle, told it to update, and watched it like a hawk. If it had the same problem as before, it would only update for 4 or 5 seconds before crashing out. But the update kept going…and going…and suddenly it was finished, and my Kindle rebooted into a brand new look, with a document in my directory that told me about the various nifty new features the Kindle had. Another quick copy of the 5.3.7.3 firmware update, another update command, and there it went! My Kindle Touch, now fully “unbricked,” was fully updated as well. 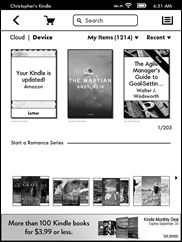 From there, all I had to do was connect it to the computer, load up Calibre, and transfer about 1,200 e-books onto it. That took about 15 minutes. And there my Kindle is again.

I don’t get a new “Bookerly” font, like some Kindles, but that’s okay; the one it has is simple enough to read. But I do get some nifty things like an updated user interface and a new on-screen keyboard. According to the cheerful “Your Kindle is Updated!” document, I now have the option to see cover view on my homescreen (it looks like the screenshot at right), a calculation of how much time I have left to read in a given document, whispersync for voice, author profiles, the ability to read comics, and more fun stuff like that. It seems to be a bit zippier, too, though that could just be my imagination.

(Incidentally, did you know you can take screenshots on a Kindle Touch? Just hold the home button for two seconds, then tap anywhere on the screen. The screenshot will be right there in your home directory to transfer next time you connect it to your PC.)

Anyway, I don’t know if I could say this Kubrick liveCD “unbricked” my Kindle, as it wasn’t technically “bricked” so much as “unupdateable.” But it solved the problem Amazon’s Kindle support division couldn’t—it rendered my Kindle upgradeable again, and the firmware installed just fine.

I suppose this demonstrates one of the less-often-considered values of the Linux operating system—the ability to put an entire operating system on a boot disc solely for the purpose of being able to perform finicky firmware-flash rescue operations without having to worry about some of your OS’s background cruft messing up the process.

So, if your Kindle 3, 4, or Touch (5) isn’t working properly, and Amazon’s support can’t help, just maybe Kubrick will. It did for me. 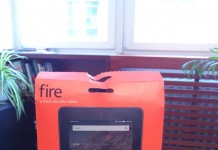 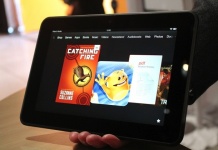 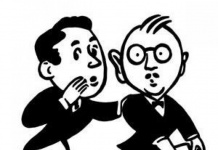