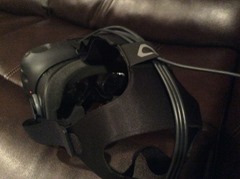 It seems to be the year for Anne Frank controversies. We’ve already covered the copyright vs. public domain issue of her diary several times, and now comes the news that producer Jonathan Hirsch wants to make a virtual reality film based on Frank’s story, set in the Amsterdam annex where the teenaged Holocaust victim spent two years hiding from the Nazis during World War II.

On BookRiot, Rachel Cordasco expresses overall disgust with the idea:

But the ways in which people have pounced on this tragic story over the years is shameful, in my opinion. Aren’t there enough freakin’ plays and films about the Frank family’s experiences? Do we really need another one, and one that is so voyeuristic? Thankfully (and hopefully), we will never know what it’s like to have to live cramped and silent for years, terrified at the slightest noise because it might mean that we’ve been discovered and will be dragged out to be sent to a camp or shot. So let’s not pretend that we can understand.

She recommends going to Amsterdam and touring the annex if you’re really interested in seeing it, or just read the books about her instead—rather than partaking of a virtual reality film, which “is just GROSS. Period.”

I can see where she’s coming from, particularly given the way the media has played up virtual reality as a nifty new toy over the last couple of years. Though she never comes right out and says so directly, I get the sense Ms. Cordasco sees using VR to simulate the place and the people in it as making light of the tragedy—not taking the whole thing seriously, turning it into just another fun experience people can have with their bug-eyed goggles in the comfort of their own living room.

But I don’t think that’s necessarily the case. I recently got the chance to mess around with my brother’s HTC Vive goggles and experience a real VR environment, and it made me want to take back a few of the dismissive remarks I made about VR in my review of the View-Master VR headset. Though I didn’t get to view any VR movies, just play a bit of a VR game, I could see how virtual reality could give you the chance to explore an area in the kind of immersive detail that a simple 2D screen can’t give you.

Ignoring the news media’s breathless nattering about new cool tools, I would say that VR is simply a new medium to let you experience places and events in entirely different ways. Those experience and events don’t all have to be cheerful or “fun.” Just look at the New York Times’s big VR video, “The Displaced,” about the daily lives of three refugee children. That’s certainly not a cheerful subject, but having the chance to experience it in full surround video does bring a new perspective to the matter. The NY Times video doesn’t really make the best use of the surrounds, but a movie set within an enclosed space like the Amsterdam annex where Frank hid could give you the sense of actually being there. Not everyone can afford to fly to Amsterdam to take the tour.

You know what other new medium allows you to experience old content in new ways? E-books. Suddenly you’re no longer a slave to physical media; you can carry as many books as you want with you anywhere, and easily read them one-handed in any circumstance, such as standing in line at the grocery store. But we don’t hear people scolding e-readers for not taking Great Literature seriously by reading it in such locations. By the same token, I don’t think there’s necessarily anything wrong with using VR to capture or even dramatize dark events as long as it’s done with a proper degree of respect. And I don’t see any reason why a VR filmmaker should be any less respectful than any ordinary 2D documentary or docudrama producer—and goodness knows there have been plenty of those about Frank’s life. 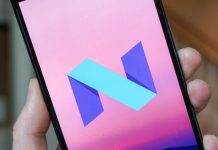