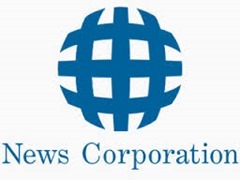 The Wall Street Journal has posted another scathing anti-Amazon editorial. It might be paywalled; if so you can bypass it by googling the headline. But I’m willing to bet you can guess pretty much exactly what it says without even reading it.

Let’s review: the Wall Street Journal is owned by Rupert Murdoch’s News Corp, which also owns Big Five nee Six publisher HarperCollins. HarperCollins was originally going to stay out of the agency pricing cabal until Steve Jobs reached out to Murdoch’s son James only two days before the iPad was going to launch, asking him to pressure HarperCollins to “throw in with Apple and see if we can all make a go of this to create a real mainstream e-book market at $12.99 and $14.99.”

The exchange proved persuasive. On January 26, HarperCollins signed with Apple at the urging of its corporate parent. [HarperCollins CEO Brian] Murray ultimately endorsed signing the deal. If the decision was to be made just for HarperCollins, Murray later explained, he wouldn’t have signed. But in terms of News Corp.’ s overall relationship with Apple, the deal made strategic sense.

The Wall Street Journal is also the only major news source to have made a big deal out of Bromwich allegedly being an “old friend” of Judge Cote, who wrote him a glowing letter of recommendation for an earlier job. (You’d think if there was actually a story there some other major media would have picked up on it, wouldn’t you?) The resulting picture we get is one of a paper that’s just a leeeeetle bit biased.

So here we have an editorial about how the DoJ coming down on the publishers was a big mistake, evil Amazon is going to be evil again, and so on. All pretty run-of-the-mill stuff, the same old same old thing we’ve seen time and again. There’s almost nothing new or special about it. In fact, there are just two sentences I want to quote, because they’re the perfect illustration of how this point of view is fractally wrong—not just wrong overall but also wrong in the details. If you think I’m taking them out of context, feel free to read the original article and check. But I promise I’m not.

But instead of letting the market decide whether the wholesale model or agency model should prevail, Judge Denise Cote dictated the outcome by ruling against Apple.

No. No no no no no. The market can’t decide when five of the six publishers who control the vast majority of it are in cahoots. That is the exact opposite of the “market deciding” anything. That’s why the suit was brought in the first place! Apple and the publishers illegally broke the market.

According to Pam Samuelson, the Richard M. Sherman Distinguished Professor of Law and Information at the University of California, Berkeley, Apple’s task on appeal is a daunting one.

“Apple may have a tough time getting this ruling reversed because the judge made findings of fact about the antitrust violation that appellate courts typically defer to,” Samuelson told AllThingsD. “Most reversals happen as to interpretations of the law.”

Samuelson’s point: Apple argued that the facts show no conspiracy in restraint of trade. But Cote found that the company’s actions were a per se violation of antitrust law. In other words, they were inherently illegal, so there was no need to prove that they had any anticompetitive effect on the e-books market. And Cote’s opinion relies so heavily on facts that it leaves very little room for an appellate court reversal. 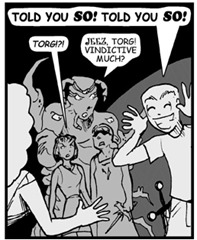 Furthermore, the appeals court has declined to grant Apple the stays it’s asked for not once but twice, suggesting that it doesn’t believe Apple has a very high likelihood of prevailing on appeal either. And it’s the one who’s going to be ruling on that appeal, so you’d think it would know. (Oh, maybe it’s “biased,” too, just like Judge Cote for daring to offer a pre-trial view, even though that’s a pretty run-of-the-mill practice in lawsuits.)

Wishing won’t make it so, Wall Street Journal. And calling a tail a leg doesn’t make it one.

(I really can’t wait for the appeals court to rule. There’s going to be so much opportunity for “I told you so.”)