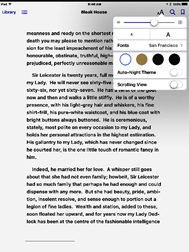 iOS upgrades are free and can help you thwart black-hat hackers. But owners of the iPad may have a special reason for upgrading—longer battery life.

As reported in ITPro, “There were notable increases in battery… When running iOS 8, our iPhone 6 Plus lasted seven hours and 41 minutes in our web browsing and music playback test. Under iOS 9, this increased by over half an hour to eight hours and 15 minutes.

“The difference was more dramatic on our iPad Air 2 which went from seven hours and 47 minutes to nine hours and 10 minutes after the OS upgrade. This exceeds Apple’s claims of one hour improvement in battery life for iOS 9. These improvements were repeated when we reran the tests, with minor differences of five minutes either way, so they weren’t one-offs.”

Needless to say, we’ll welcome battery-life reports from TeleRead community members who own iPads—including older models, not just the Air.