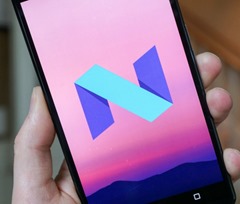 The Verge has a couple of interesting pieces on the Android N beta. First of all, the Android N public beta is now available to anyone who wants to download it and can run it. Unlike past developer betas, this public beta comes as an over-the-air update, which should mean that your device can install it while still keeping all the apps and data it already has on board—though Google still recommends you back it up first. Opting in is as simple as going to the Android beta site and logging into your Google account. I just did, and now Google’s downloading the beta to my Nexus 6.

But another interesting bit of news has to do with exactly which devices are eligible to install that beta. As expected, it’s for Google devices only—but not even all of them. The Verge reports that you have to have a Nexus 5X, 6, 6P, or 9, or a Pixel C, or a “General Mobile 4G” Android One device to be eligible. Prominently absent from the list is the Nexus 7—which isn’t really much of a surprise, given that it was pretty much expected when Marshmallow came out that it would be the last version the 7 could run. Rest in peace, former flagship tablet, your day is nearly done.

The yet-to-be-named Android N offers a number of potentially interesting new features to its users, including a built-in VR system and split-screen capability. Given that this VR system will allow people to watch movies on a “virtual IMAX” screen, what could it do for reading e-books? By the same token, split-screen could be useful for reading e-books and looking things up from them at the same time.

In any event, an 850-megabyte download is crawling down the pipe to my phone, and I’ll let you know what I think after I’ve tried it out for a while.