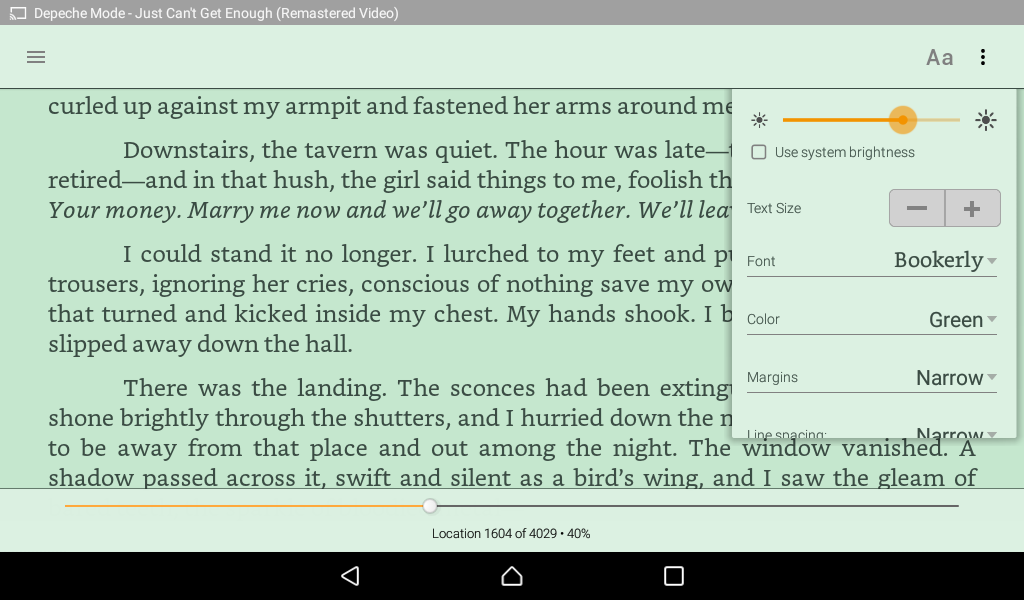 One option on the Amazon Kindle app I see getting little attention, at least on Android, is the green color for background choices. Open an ebook on your Kindle, hit the “Aa” text options button on the top right of the page, and your “Color” dropdown menu gives you White, Black, Sepia, and finally Green. The Kindle app that comes with the $50 Fire tablet as standard is the same, so I expect the same will apply to all Amazon tablets running Amazon’s Fire OS.

The Kindle app’s limited range of color background choices has never been one of its strong points. Other third party e-reading apps allow a whole range of different, even customizable, color choices. And I’m interested as to why Amazon should choose green as one of the few options the Kindle app does offer.

Some users do claim that green can provide a more comfortable onscreen reading experience, and even provide color contrast charts to substantiate this. Others claim that the human eye is most sensitive to green light, and so can still read with full sensitivity when the screen is turned down to low brightness. (And incidentally, dark backgrounds are claimed to be harder on the eyes for readers with astigmatism.) Personally, I’m not convinced that green is much easier on the eyes than sepia, but I’d welcome other readers’ views. Does anyone out there use the green option? And if so, why? This option has been around since at least 2014, so there must be some readers out there who use it.