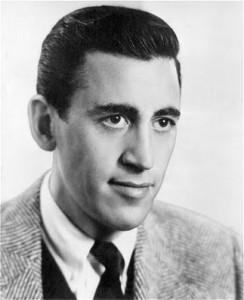 Unpublished Salinger Stories Leaked via PDF (GoodeReader)
In what is quite possibly going to prove to be one of the most famous examples of ebook piracy, an apparent leak of three of JD Salinger’s unpublished short stories seems to have happened thanks to a buyer on eBay.
***

Is the Internet a Greater Threat to Publishers than Self-Pub eBooks? (The Digital Reader)
Yes, the internet has made it easier and cheaper to find new info on a wide range of topics. While this has been to the detriment of some publishing entities, it has also enabled experts of all stripes to share what they know.
***

eBooks and the Law, the Taxman, the EU and the French (Brave New World)
But the question remains; how should legislation and taxation respond to change or stimulate it?
***

Beyond E-Books: HarperCollins Looks For the Next Big Thing (Mashable)
As competitors in the e-book subscription market, Scribd and Oyster like to emphasize their differences. Yet the two share a common talking point: They both drop the name HarperCollins.