The mini-memoir: a new and welcome ebook trend (The Guardian) 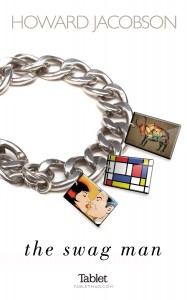 It may surprise readers of Howard Jacobson’s latest novel, Zoo Time, a thinly disguised rant against modern literature, to learn that its famously fogeyish author has written an ebook. The Swag Man, published by American Jewish magazine Tablet, is a 31-page mini-memoir combining childhood tales of 1940s and 50s Manchester with a portrait of Frank Cohen, the multi-millionaire art collector who started his career working for Jacobson’s market-trader father.
* * *

JK Rowling unmasked: the lawyer, the wife, her tweet – and a furious author (The Telegraph)
It began with a barely literate tweet. At 11.34pm, on Wednesday July 10, Fleet Street columnist India Knight told her 95,000 followers that she was enjoying a new novel. “The book I’m reading (detective nov called The Cuckoo’s Call, Robert Galbraith, so good, feat/ghastly cokey v think Mayfair women) has ++”.
* * *

Lust and elves: How ‘low-brow’ lit made ebooks (CBS MoneyWatch)
Smut has become popular fare on e-books, according to the New York Post. Amazon (AMZN), Barnes & Noble (BKS) and other online sellers “are peddling a raft of raunchy online books depicting incest, rape and bestiality” following the success of “50 Shades of Grey.”
* * *