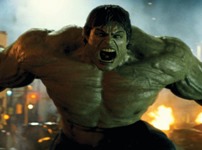 Business Insider has another article on the enmity between Apple and Michael Bromwich, including PDFs of Apple’s filing requesting a stay and Bromwich’s declaration detailing his interactions with Apple over the last few months. According to Apple’s attorneys, the corporation apparently shares some characteristics with Bruce Banner. It’s angry, and you wouldn’t like it when it’s angry.

Seriously, that is what Bromwich says Apple’s lawyers told him: that “Apple executives would ‘never get over the case’ and that they were still extremely angry.” And that it might be a good idea for Bromwich to wait to talk to them until they’d, y’know, cooled off for a few months or whatever. (Though if they really are “never” going to get over it, I have to wonder what difference any length of time would really make?)

Bromwich wants to talk to all of Apple’s top executives, just as he has at previous companies where he’s been involved in court-mandated oversight, because getting a feel for the tone of the executives helps assess the corporate culture and attitudes toward the things he has to be monitoring. He notes in his statement that this is the same way he operated at previous monitor postings, and the other companies had been uniformly courteous and open, offering even more access than he required. Apple, however, characterizes his requests as a “roving investigation” outside the bounds of his court-mandated duties.

Passive Guy, the lawyer who blogs at The Passive Voice, opines that “this is bizarre behavior for the executives of a large public corporation.” In his experience, what you want to do if you’re a public corporation that just lost at trial is to tread as carefully as possible until and unless it gets reversed on appeal, because until and unless that happens, the trial judge has a lot of power to mess up the company for a very long time. And the DoJ would probably just love to have an excuse to investigate Apple’s other business practices. He also makes no secret of the fact that he thinks Cote’s decision is pretty airtight and Apple doesn’t stand much chance at a reversal for all its bluster.

In the past, PG has represented a handful of litigation clients who were not able to control their anger over their lawsuits and the outcome of those suits. They could generate a lot of legal fees, but, ultimately were not very effective in promoting the outcome they sought.

I think I need more popcorn. Looking forward to the next chapter in this fascinating and entertaining debacle.