Home Sponsored Content When should you read the book before watching the movie? 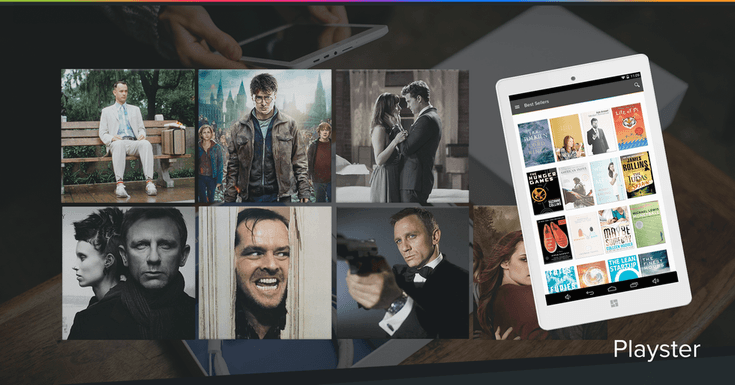 Many hardcore fans would be willing to fight to the death about the origins of their favorite franchise and whether or not the book(s) should be read first.

Would Harry Potter, for example, have done as well in theatres without the popularity of the books? Were the movies as successful as the books? Was seeing the movie without picking up a single tome worth it or a huge mistake?

The Playster team asked some die-hard book and movie fans for their thoughts on the matter.

Harry Potter fans will not stop telling you to read the books if you only watched the movies. As a standalone medium, the Harry Potter films were great and visually stunning. However, while fans were pleased with the overall aesthetic of the film, many were upset that important details that made the books so great were left out. Many have argued that both main and secondary characters weren’t properly fleshed out, including Professor Snape and his backstory.

The Shining is an interesting book-to-movie adaptation, primarily because they’re so different from each other. After the release and success of Stephen King’s novel, Stanley Kubrick adapted the book into the hugely successful film and both have done exceedingly well in their own rights. Many fans have accepted that the two versions of the story are vastly different. King himself has been the strongest critic of the film, saying “there’s something inherently wrong with the human personality” of Kubrick’s Jack Torrance.

3. The Girl with the Dragon Tattoo

The Girl with the Dragon Tattoo is another franchise that has done fairly well in both libraries and theaters. With three books in the series and two separate films, the franchise continues to be strong. Despite the popularity of the books, the cinematic versions seem to be just as successful due to their compelling story arcs, which make them perfect for the big screen. Some fans could not make it past the first few pages of the first book, but absolutely loved the film.

Verdict: The movie relates to the book, but isn’t a necessary read.

Not many people will remember that Forrest Gump was originally a novel written by Winston Groom. While the movie was a huge success on multiple levels, the book was cast aside. While the novel has received mixed reviews, the film is generally seen as the better of the two. After all, it won Tom Hanks his second Academy Award for Best Actor.

The Twilight Saga was a massive cultural phenomenon in its heyday. Right after the ending of the fourth and final book in the series, a film was launched, prolonging Twilight’s shelf life for an additional five years. While the books were either adored or despised, the movies didn’t run as well as predicted by devoted fans. While all the basics were present on the big screen, many found the characters boring and lifeless — no pun intended.

Verdict: The books outshine the movies.

Originally Twilight fanfiction, the Fifty Shades franchise already had strong comparative reviews to its original work before being turned into a major blockbuster. The main criticism was that the film lacked emotional substance between its main characters, Anastasia and Christian. Much like the Twilight franchise, the film left fans wanting more and with low expectations for the sequel.

As one of the most successful movie franchises in the world, many forget James Bond started out as a book. Transcending multiple decades, the James Bond franchise continues to deliver blockbusters, no matter its leading man or plot. The novels did fairly well, but can be enjoyed separately from the films. While the James Bond in the novels is the epitome of a cool spy, the big screen version is undoubtedly an adrenaline junkie.

What do you think: Which books are must-reads before giving their movie counterparts a chance?

(The above is sponsored content from Playster and does not necessarily reflect TeleRead’s opinions, or vice versa.)