Sigil and Screwdrivers: What Makes an Ebook Development Tool?, Keith Snyder’s piece in Digital Book World, asks a valid question for the moment. But here’s a better one for the long term.

When will we get the WordPress of e-book creation software? It’ll be something free or low-cost that experts can adapt. And yet novices can almost immediately use it toward at least halfway decent-looking results.

Yes, there are all kinds of tools, ranging from free ones to Adobe’s pricey InDesign 1.0. But so often there is some kind of catch, which genuine compliance with good e-book standards could help mitigate.

In a guest post for the Book Designer, for example, David Kudler complains about ePub-exporting tools: “First of all, none of the files created by these apps will display quite the way that you expect them to in various ereaders, especially if you’ve got an ebook that’s got any complicated formatting such as drop-caps, tables, inset images, fancy typography, etc. The apps will try to reproduce on the screen what you were trying to create for the printed page, but often the style rules that the apps try to create make an incredible mess in one or more ereader. Everything may display as plain text on a Nook, while small images may fill the page on an old Kindle, while no images display at all on the Kindle app on your computer.”

As I see it, the reason we don’t have a WordPress of e-publishing software isn’t technical. It’s human—the stubborn refusal of individual companies, especially retailers and e-reader makers, to comply fullywith e-book standards.

Perhaps this is dreaming, given the composition of the membership of the International Digital Publishing Forum, but IDPF or a similar group should rank vendors’ by compliance and widely publicize the results in plain English.

Of course, proprietary DRM makes e-book standards less of an issue than they should be, given that DRM gums up the works anyway, but I’ll at least keep broaching these issues. I don’t think financial obstacles are the only barriers. Corporations, just like their individual executives, have egos and want things done their way.

If the industry won’t get its at together, then maybe it’s time for government agencies such as the National Institute of Standards and Technology to get to work—and then for other parts of the government to insist on meaningful standards compliance.

Pushing for more repressive copyright legislation, both the Obama administration and certain Republicans have talked of the rights of creators. Well, what about creators’ rights in a different context—the technology tax, as I call it: the tolls that publishers and writers must pay the tech side to deal with the clashing e-book standards of so many companies? Hello, Authors Guild? Here’s one for you.

I know. Defenders of the status quo would talk about the need for the feds not to interfere with technological progress. Yes—let’s allow for progress. But let the evolution be a lot less chaotic than it’s been so far. Then maybe we can get the WordPress of e-book software or, ideally, a bunch of apps. And if existing ones can be less of a hassle, then so much the better. 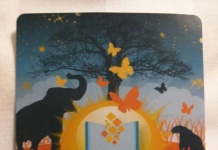 Will IDPF and W3C merger merge e-books and the web?