We’ll see an iPad mini with Retina display before the end of the year.

No, we’ll see one more mini with the normal display, but a faster processor. 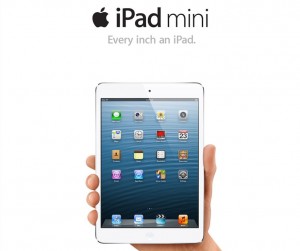 Actually, what’s interesting about these two articles is that, if you dig a bit deeper and pay attention, they might actually be saying the same thing.

While the headline for The Next Web piece says, “Apple will reportedly use retina display from Samsung for its next iPad Mini to be launched in Q4,” let’s do that digging I mentioned. First quote from the Next Web Article:

OK, sounds like it matches the headline, right? Well, maybe not. Look at this quote:

“The report cites sources as saying that the next-generation iPad Mini will be rolled out in the fourth quarter this year, with the same size as the current 7.9-inch model.”

Now let’s look at the CNET article, which seems to quote the same sources, but slightly differently:

“Apple is going to build an iPad mini with a retina display before the end of the year, according to fresh rumours concerning the company’s tiny tablet.”

That matches The Next Web’s article so far. But look at this quote:

“9to5Mac writes that Apple is testing an iPad mini without a retina display that features a more powerful A6 processor, so it could be that we have to endure one more mini that has a low pixel count before the high-resolution version is revealed.”

That actually does match The Next Web’s article, if you interpret “next generation” as the one Apple is supposedly testing. So, it sounds to me like we’ll see one more non-Retina mini, followed mid-year 2014 by the Retina mini, which will start production later this year (maybe even really late in the year).

Seriously, rumor interpretation can be a full time job. Anyone else have better tea leaves?