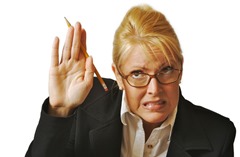 Why isn’t anyone innovating in the e-book market? More importantly, is there any reason why anyone should innovate?

Jason Illian, founder and CEO of Bookshout!, poses the former question in a blog post to Digital Book World. We’re landing rockets on barges and doing all sorts of other amazing things with tech, and yet mass-market e-books are still effectively in the same place as they were nearly ten years ago when Amazon first introduced the Kindle. Why haven’t they advanced appreciably since then?

Illian proposes three reasons for this. First, e-books only make up about $500 million out of Amazon’s $107 billion in revenue—not even half a percent. Amazon could stop selling e-books tomorrow without substantially affecting its bottom line—so what incentive does it have to do much of anything to change it up? Small wonder its only major Kindle innovation this year was a $300 e-reader.

Second, Amazon might be slow to innovate, but the publishers are even slower. By and large, Illian, notes, publishers are doing a terrible job getting anywhere with e-books. Whether it’s the folly of agency pricing, or the backward thinking of publishers who don’t even know where their e-books are being sold, Amazon doesn’t have to do very much at all to stay out in front. It reminds me of the old Pat and Mike joke about not needing to outrun the bear, only your companion.

And finally, Amazon’s already won the e-book market, so what need does it have to do anything else. From its perspective, nothing’s broke, so why bother fixing it?

These are all valid points, but as with most people who beat the drum for e-book innovation, I think Illian is missing an important fourth factor: There’s no consumer demand for better e-books. If there was, someone would rush to fill it. If not Amazon, maybe one of those competitors who are still scrabbling for a foothold in the e-book market—Barnes & Noble, Kobo, Apple, even independent outfits like Smashwords or Scribd.

If there was a consumer need Amazon wasn’t filling, and by doing so they could differentiate themselves from Amazon, and hence broaden their market, you’d think all three of the major competitors would be jumping to it. (Which, in turn, would lead to Amazon following suit, the way it tends to copy any new innovation from elsewhere such as color tablets or subscription services.) They certainly don’t have Amazon’s reasons for e-book complacency—but by and large, they’re even worse about e-books than either Amazon or the publishers. Barnes & Noble’s effectively given up on its flailing Nook division, outsourcing most of its support and development to India. Apple doesn’t really care about e-books except as a little added value for people who buy its devices. Kobo seems more interested in Canada than the US market Amazon’s already locked up. It’s not just Amazon who isn’t innovating e-books, it’s everyone in the market.

In any event, what else should e-books be doing that they aren’t already? What kind of innovation should there be? Illian is remarkably silent on that point. (Well, except to complain that we’re “still turning pages.” There are e-reader apps out there that use web-browser-style scrolling, you know! Even iBooks can switch it on.)

Illian just says the problem with e-book innovation is that there isn’t any; apparently actually coming up with ideas is work for somebody else. I don’t blame him, because figuring something out surely won’t be easy. For the vast majority of e-book-buying consumers, the good old-fashioned Amazon Kindle special perfectly meets their needs: Legible text, swift download, easy to carry around, easy to buy new ones, and so on and so forth. Much like the plain vanilla mass-market hardcover or paperback, or like the shark that hasn’t evolved appreciably in millions of years, it’s already gotten to where it needs to be and it doesn’t need to go any further. That’s why there isn’t any consumer demand for change.

Sure, such e-books aren’t ideal for things that need fancier formatting, such as textbooks and illustrated non-fiction. But most people aren’t interested in those books, so there’s no incentive to improve the existing format to suit those. Innovation goes where money is, and there currently isn’t all that much there. And it has the further handicap that any innovative new format that better encompasses such books would nonetheless have to be compatible with the e-readers that read the majority of plain-vanilla Kindle books today.

That’s probably the reason that most attempts to do something new with e-books have fizzled over the last few years. Perhaps if people continue to gravitate toward tablets and phones for e-reading, which can run alternate e-book apps, there might be reason to hope that a new app for such a thing could take off. But even if it did, it would still have to deal with the problem that most people simply don’t buy that kind of e-book, and trying to innovate if you can’t fund your innovation is a good way to burn through all your venture capital and go bankrupt.

Everybody talks about the weather, but nobody ever does anything about it. All the mice agree the cat should be belled, but nobody wants to get close enough to the fuzzymonster to do it. And lots of people complain that there’s been no new innovation in e-books for a long time, but nobody’s stepping forward to take the lead. For all that it’s fashionable to blame Amazon for everything, innovation isn’t something that only Amazon can do, nor is it something Amazon is obliged to do if it doesn’t need to.

There’s a big shiny innovative bell just sitting there for the next person or company who wants to try to bell the e-book cat. But be careful…kitty is known to have sharp claws and teeth. Gee, why does nobody seem interested in picking up that bell?