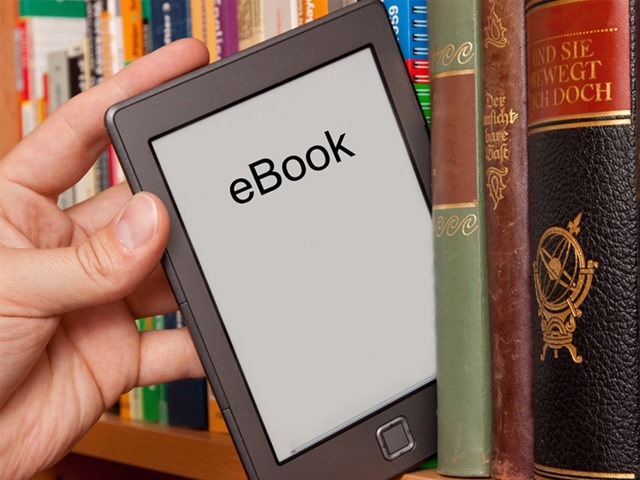 On Aeon.co, Craig Mod posts a long and thoughtful essay about how he fell into and out of love with the Kindle that’s worth giving a little attention. Mod explains that he was originally attracted by the Kindle’s compelling promise of a digital future for literature, but gradually embittered by Amazon squandering that promise in favor of an overwhelmingly mediocre platform.

It seems as though Amazon has been disincentivised to stake out bold explorations by effectively winning a monopoly (deservedly, in many ways) on the market. And worse still, the digital book ‘stack’ – the collection of technology upon which our digital book ecosystems are built – is mostly closed, keeping external innovators away.

The post ends up a mixture of eloquent paean to physical books as beautiful artifacts, and disappointed diatribe against all the areas where the Kindle settles for “good enough” (or in some cases not so good at all) where it could be significantly better. While it is easy to pigeonhole Mod’s lionization of well-designed paper books as just another invocation of the tired old “smell of books” cliche (especially given that he seems to focus primarily on books that are works of art, while ignoring all the soulless slabs of mass-market paper that make up the vast majority), he does have a valid point about the way e-book progress has languished since Amazon has effectively taken over the marketplace.

E-books are basically a digital echo of paper books, but what about all the areas where they could be more than just a glass-and-e-ink doppelganger of paper and ink? For example, Mod notes that paper books we haven’t read remind us of their presence whenever we glance at our laden bookshelves, whereas the Kindle offers no reminders of the hundreds or thousands of titles we’ve bought that aren’t the half-dozen listed on the first screen. If the Kindle can greet us with advertisements for Amazon products every time we pick it up, Mod wonders, why can’t it remind us every so often of books we’ve forgotten we already bought? (Because they’ve already got our money for those, the cynic in me scoffs.)

Mod is disappointed that there is no way (that he knows of) to export notes one has taken on the Kindle so as to use them elsewhere. (Here, at least, he is in error, given that Nate reported on several ways to export Kindle notes in February.) He dislikes the way that the Kindle reduces the individual experience of opening a well-crafted book to tapping a listing and seeing identical words come up on a screen. He is also indignant that the nature of e-reading devices limits the number of fonts and formatting choices available to e-book preparers, further reducing individuality.

And when he points out that DRM restricts what individual users can do with e-books they purchase at the same time it forecloses on additional innovation by other companies, it’s hard to argue.

Many of these digital concerns would be rendered moot with more open digital-reading ecosystems. Without proprietary DRM, we could copy and back‑up our books with ease. Even if Amazon stopped supporting Kindle (as Sony did with LIBRIé, as Yahoo! did with Geocities, and as countless other huge corporations have with their seemingly invincible products and communities), we could be certain that our books and reading data would still be accessible. With a proper API (an application programming interface, which allows one authorised application to read and manipulate data in another), entrepreneurs outside of Amazon or Apple could step in and offer more beautiful, efficient, or innovative reading containers for our books, leaving the bigger companies to do what they do best: payments and infrastructure.

Mod discusses a visit to Bret Victor’s Communications Design Group research laboratory, in which Victor demonstrated a system for overlaying a digital framework onto physical book artifacts, illuminating the spine of a paper book with a green laser and triggering a projector to display scanned images of the pages on the wall at the same time a single page showed up on his tablet. “But this was possible only by performing your own scans, owning your own data, placing it in an open, malleable format. A supple data source, it seemed, was the only way to hold forth these investigations.”

All in all, it’s hard to disagree in principle, especially as Mod does not come off as the usual smell-of-books luddite. He does not scorn what e-books are so much as he is disappointed by what they could be but show no signs of becoming. Perhaps this is one area where Amazon’s domination of the marketplace actually does ill-serve it—it reduces the opportunity and the incentive to try to innovate further.

Why venture beyond appealing to the lowest common denominator when that’s where the safe money is? After all, e-books are plenty good enough for the majority of Amazon’s customers now, who don’t look much beyond the ability to carry hundreds of titles on a slim and light glass and plastic slab. Amazon may not see sufficient profit in appealing to the few who want something more beyond that, whereas companies who could see a point in it lack sufficient market share to support them in making bold experiments. Until that changes, Mod suggests, people like him will find paper books more valuable and useful overall.

It’s hard to disagree in principle. When you get right down to it, e-books have fundamentally changed very little since the first commercial formats were introduced in the late 1990s. Many of the e-books in my Calibre library now come from the Peanut Press/eReader of those days, and it’s hard to tell them apart from the more recent Kindle titles I’ve converted. Where is the bold experimentation with new digital formats? It doesn’t seem to be happening—Kindle e-books are “good enough” for the people with the lion’s share of the disposable income. I wonder when or if that will ever change?