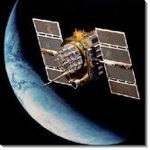 That’s the title of an article by Matthew Bernius, a cultural anthropologist and publishing technologist.  Bernius feels that Lanier is a “go to” for people who want to knock technology and that Lanier does not, in fact, understand how technology is actually used.

In a recent editorial in The New York Times, Jaron Lanier, a pioneer in the field of virtual reality, worries that technology may prevent students from learning how to think.

My problem is not so much with Lanier’s conclusion — that creative teachers are more important than creative technology — but with the path he uses to get there.

At the heart of Lanier’s argument is the claim that technology (and its designers) fundamentally change us and that we, the users, have no say in the matter. This unwavering belief in technological determinism has made him a favorite “go-to” person when the media needs an “anti-techie techie,” but it doesn’t make him a particularly good student of history or technology.﻿ …

All of this points to a fundamental mistake in Lanier’s conception of technology: that control exists only in the hands of the designer and in the technology itself.﻿ … ﻿Lanier fails to account for the agency of users; that technology is shaped as much by its day-to-day use as it is by the people who made it in the first place.﻿﻿