A couple of interesting posts on the closure of pirate etextbook/academic/arcane book site library.nu.  The first is by Alan Toner, and intellectual property and communications researcher, on his blog knOw Future Inc.:

On a final note, the case of library.nu is significant because the demand for the works offered there demonstrates that filesharing is not just about pop music, porn and cams of action movies, but also those forms and sources of knowledge whose acquisition are ritually celebrated within ‘enlightenment’ culture. Many of those whose works were offered derive income not from royalties, but from related activities such as teaching and research. Such people were themselves an important component library.nu’ user base. Some have other means to access the same materials, others, especially those in countries with weaker education infrastructures and more emaciated library budgets, do not. Outside of formal education, the millions of online autodidacts may be denied access to material, seriously impinging on their lives and possibilities. When one considers the cost of text books and more especially scholarly articles, that is no hyperbole, and applies not only to the global south but the post-industrial north as well, awash in its dreams of knowledge economies and human capital.

The second post is from Glyn Moody on Techdirt and picks up on the above and adds:

That suggests two things. First, that publishers are missing out on a huge audience that is hungry for knowledge, but simply can’t afford text books, say, at current pricing. Once again, piracy is driven partly by a failure to serve the market properly.

The other point is that although publishers may rejoice that Library.nu has been taken down, readers around the world will suffer in terms of losing access to these works that they can’t afford. Some may say that’s just tough, or that these people should work harder or make greater sacrifices elsewhere in order to be able to afford such books. But in many locations, those books are not available legally at any price.

As a result, when sites like Library.nu disappear, there is a cost to society as a whole because of the knock-on effects of reduced information flow, and of practical knowledge that is unavailable for application as a result. In this respect, sites with large collections of digitized textbooks are quite different from those that are principally offering music or video downloads for entertainment.

What’s in a word? The new ‘sharing economy’ 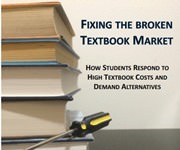 Students vs. textbook gouges: How they’re coping—and how ‘bought’ our copyright system is 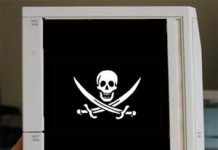