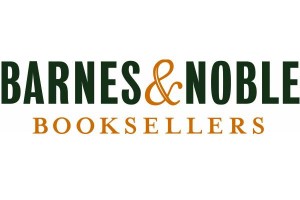 Considering William Lynch’s history with the company, this news probably doesn’t come as a huge surprise. Lynch oversaw the entire Nook line, including the E Ink Nook readers and the tablet line.

Considering that B&N is abandoning tablet development and focusing just on the Nook line, Lynch’s legacy with the company can hardly be said to be successful.

I did a bit of research on Lynch, and, according to Wikipedia,

From 2000-2004, Lynch was Vice President and General Manager, eCommerce, for Palm Inc., where he oversaw Palm’s Web properties, including: Palm.com, the Palm Online Store, the Palm Software Connection and the Palm.Net wireless ISP.

There’s a bit of interesting history linking Palm and B&N. In 2001, Palm Inc. acquired Peanut Press, one of the earliest e-book stores (and where I bought my first e-book). This was during Lynch’s tenure with Palm Inc., and I wonder if he was involved in that purchase. Then in 2008, Fictionwise acquired the bookstore, and B&N bought Fictionwise in 2009. 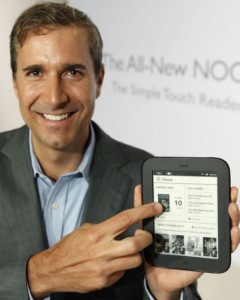 This is all relevant because it shows Lynch has a history with e-books and e-readers—don’t forget that the Palm Pilot was actually one of the very first e-readers. It makes sense that he pushed the Nook line. Too bad it didn’t take off for him.

Enough history. What about the future?

B&N announced a reorganization along with Lynch’s resignation. There will be no CEO overseeing the entire company. Instead, the retail and digital side will be managed separately, with Michael Huseby replacing Lynch as CEO of Nook Media. Mitchell Klipper will remain CEO of B&N’s retail division.

This makes it look as if B&N wants to split the retail and digital divisions, which we’ve known was a possibility since Leonard Riggio filed paperwork in February announcing that he wanted to buy the retail side. Microsoft currently owns 17.6 percent of the digital division, which makes them a likely buyer for Nook Media.

Huseby has a history in the cable business, which leads me to wonder if Nook Media might head toward video content. While the B&N branded tablets are being discontinued, we’re likely to see third-party Nook tablet devices in the future, possibly running a variant of Windows 8. Might they be video devices first and e-readers second? To soon to tell yet, but it’ll be interesting to see what comes.