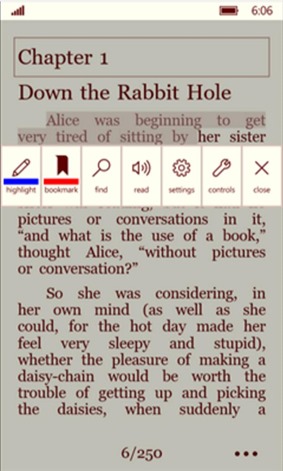 Via our exploration of the Freda e-reading app, TeleRead regulars already know that Windows Phones are not complete disasters for e-reading.

Still, Microsoft isn’t exactly E-Book Central these days. Perhaps it needs to send some serious money in the direction of app developers, so the company’s e-book software for phones is truly worthy of the spiffy new Windows phones ahead.

Meanwhile what else is out there besides Freda?

With a nonpreview version of Windows 10 Mobile expected to appear later this year, here are some current e-book apps for Microsoft’s Lumina phones—highlighted by a just-published Microsoft article out of the UK.

Kindle for Windows Phone (free) – 2.9 out of 5 stars in the U.S. store for apps, as rated by customers. “An essential download for any avid reader,” says the article in Microsoft’s Lumini Conversation’s UK. Some users complain it’s “unfinished” compared to Kindle apps for other platforms. Too bad you can’t read Kindle-DRMed books with nonAmazon apps! This is a perfect reason, among many others, to hate proprietary DRM.

Freda in free and paid versions (yes, mentioned earlier and also shown in the screen shot) –  4.2 stars free and 4.6 for paid. “There’s support for EPUB (DRM-free), FB2, HTML and TXT format books, and there are also customisable controls, fonts and colours,” the article says. “More advanced features include dictionary definitions, translations, and even text-to-speech reading.” On the negative side, a customer-reviewer complains that the free version ”works great, but on W10M.1004 it keeps updating. Must have done it 15 times in the last week.”

Bookviser Reader (free and paid) –  4.5 stars free and paid ($7.99). “Based around a customisable OPDS catalogue browser, Bookviser is one of the classiest, most visually appealing apps in this feature,” says the article. “Besides a clean interface, it boasts support for EPUB, FB2, and TXT format and advanced library management. Like Freda, there’s a free version of Bookviser and a premium one. The premium version adds Text to Speech, as well as a bunch of added customisation features.”

Ebook Reader (free) – 3 stars. It’s the official app of the eBooks.com store and offers “access to an extensive ebook library (including free classics), as well as powerful navigation tools and online backups of your library.” Is it still true, as some say, that you must log on each time to read a book you’ve already bought?

Note: I have used download-related addresses from the U.S. store, although I suspect that users elsewhere can either use the U.S. addresses or be automatically redirected. 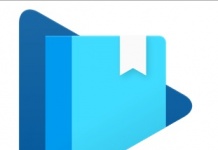