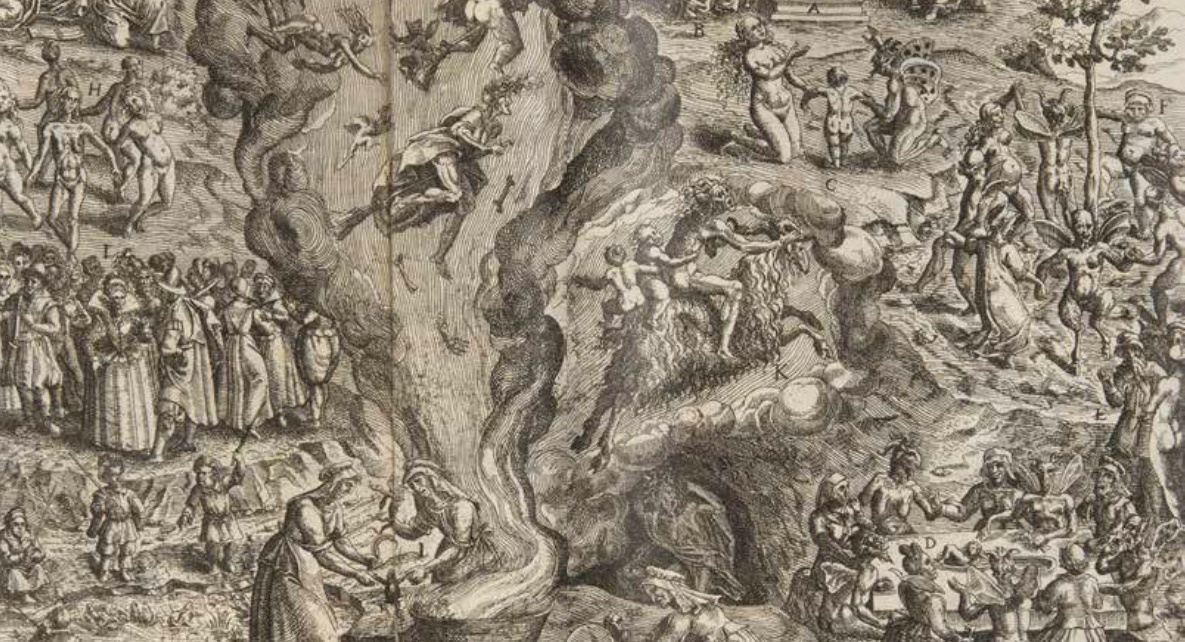 The John Rylands Library at the University of Manchester is starting off 2016 with what looks like a fascinating and fantastical exhibition. And the exhibition booklet is available for free online reading, or as a plain text document. “Magic, Witches and Devils in the Early Modern World” opens on January 21st, and will run until August 21st, with free entry.

“Magic, witches, ghosts and demons are common to nearly all cultures and time periods,” as the booklet explains. “In Europe around the years 1400 to 1800 they took on especially vivid new forms. The John Rylands Library and other Manchester collections contain many rare books, prints, manuscripts and protective amulets that provide unique perspectives onto how early modern people feared, engaged with, and sometimes found pleasure in the supernatural world.” As the show’s posters suggest, non-European cultures are also represented. “Although our focus here is on Europe, we also include examples of how some non-Western traditions represented and tapped into powers beyond the everyday.”

Books and manuscripts in the exhibition include witch-hunter’s manuals such as the notorious Malleus Maleficarum, dark legends like the 1493 Nuremberg Chronicle, and the grimoires of would-be witches and wizards themselves, like the Compendium of Unnatural Black Magic. The John Rylands Library itself  is a superb monument to Victorian dedication to learning with some of the most numerous special collections in Britain, and a suitably Hogwarts-esque setting for the exhibition (see below). Definitely worth boarding your broomstick and flying up to Manchester for.