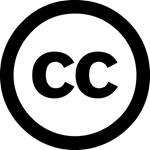 We’re familiar with Creative Commons as a tool for granting creators more freedom to choose what permissions they want to grant readers of their work. But even a tool for freedom can become constrictive if its use is required, and that seems to be the case with the project to digitize content of Spare Rib, “the landmark UK feminist magazine of the seventies and eighties.” Spare Rib contributor Gillian Spragg writes that the terms of the British Library’s digitization project leave a decidedly bad taste in her mouth.

The BL is asking all contributors to agree that their contributions should be published under a Creative Commons Attribution-Non Commercial 3.0. licence. This means that not only the BL but all future users too would be granted a perpetual licence not only to reproduce the material but to adapt it: to ‘remix, transform, and build upon’ it, as the summary on the Creative Commons website helpfully explains. The main restriction is that there should be no commercial use of the material. But this is hardly a sufficient safeguard against abuse.

If this project goes ahead, anyone with misogynist, anti-feminist and/or anti-lesbian attitudes will be able to take any and all of the letters, articles, poems, photographs, cartoons and other illustrations that feminists contributed to Spare Rib and twist and misuse them in ways that suit their own agenda. The original authors would not be able to do much, if anything, about it.

I do not find it at all pleasant to contemplate what the remix culture of the Internet could do with the poems, photographs and articles in Spare Rib. We have already seen misogynist trolls in action far too many times.

Spragg further notes that the British Library is misrepresenting the license by claiming it just means people who use the archives “will be able to reference Spare Rib material in their work so long as it…does not in any way manipulate the material.” But that is not what the license says. (Perhaps the BL meant to add a “No-Derivatives” but forgot?) She also dislikes the infectious, perpetual, and irrevocable nature of the license (she’s far from the first to complain about that, or about the “noncommercial” restriction) and that it imposes obligations on the writers but not on the British Library. And she adds that the BL is trying to pressure contributors to agree to the license within seven days of the notification.

There’s some interesting stuff about UK copyright law involved, too. UK copyright law grants an author a “moral right to object to derogatory treatment of the work” under certain circumstances. If the work was modified under the CC license, presumably this right would kick in, except that the right to object to derogatory treatment is left out of the BL’s contract.

It is true that the CC licence (in its full form) says that ‘You must not distort, mutilate, modify or take other derogatory action in relation to the Work which would be prejudicial to the Original Author’s honor or reputation’. But there is a weaselly bit right above it that says ‘Except as … may be otherwise permitted by applicable law’. Now as I have just said, the right to object to derogatory treatment is only protected under UK law if that right has been asserted. It has not been asserted. So – I am not a lawyer, and I am open to correction, but as I take it, that would be applicable law: so there is nothing in the CC licence either that would protect against derogatory treatment.

But in any case moral rights are very weak rights, notoriously hard to enforce. Much better not to enter into very broad perpetual licensing arrangements with users about whom nothing whatsoever is known; better to keep as much control as possible of how your work is exploited.

She also points out that, for all the British Library’s talk about preserving the magazine against the deterioration of paper, the BL doesn’t mention that Spare Rib was already transferred to microfilm years ago, and is available in many places including the BL.

Finally, I find it troubling that an atmosphere of fervour is being whipped up around this project with no acknowledgement that contributors are being leaned on to make their work publicly available for no remuneration. In its day Spare Rib received contributions from important poets, journalists, photographers, short story writers and novelists. It was a shoestring venture, I believe, but not an amateur one. I believe that if there is sufficient demand for the material to be made available to the public again then it is sufficiently valuable for payment to be made. I think the British Library may be trying to set a precedent with this project – a bad one.

Some contributors may be happy to forgo payment; it’s a matter for individual decision. But no one should be made to feel pressured into licensing their work in perpetuity for no return.

It seems that there are some problems with the way the British Library is going about licensing these magazine archives. Hopefully they can work something out to everyone’s satisfaction.