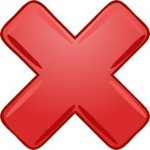 I keep seeing the Gizmodo article picked up around the web – that is the one that incorrectly says that you will lose your Kindle back issues of a magazine if you cancel your subscription. This is just wrong and is an example of one of the downsides of the web – it perpetuates and spreads misinformation.

Andrys Basten commented on our article on this subject and, therein, explains the facts. Her original comment is here. In light of the continuing spread of misinformation I thought I should publish this edited version on our front page:

… BEFORE, 2007-2010, a Kindle-edition periodical was keyed to only one Kindle, and NO other Kindle on your account could read that newspaper or magazine. This was a publisher restriction, they said.

Two people on the same account in a household could not share a periodical on two Kindles the way that they can with books.

WORSE, one person using a larger Kindle at home could not download that newspaper to that person’s smaller Kindle used for commuting (as an example). The restriction was ridiculous.

Example: New Yorker
To compound it all, if you found you had a defective Kindle and got a replacement OR if you upgraded to a -later- Kindle, you could not move your older editions of the New Yorker to the new Kindle.
You essentially no longer had them.
The keying was for one Kindle and old issues cannot be kept on the server for more than 7 regular issues – so those could not be re-downloaded for your newly purchased Kindle, which was absolutely maddening.
If you used the issues as a database to search and read topics of interest -later- you lost that database (unless you removed the DRM). Print editions can be kept on shelves and browsed but you lost old issues if you had to change Kindles for any reason.

That was BEFORE. Here’s my blog article from May 2009 explaining the problem back then and complaining about it, with links to forum complaints.
http://kindleworld.blogspot.com/2009/05/going-from-kindle-2-to-or-adding-dx.html#kindle-newspaper-probs

The problem probably did not get much attention at Amazon, relatively speaking, because there don’t seem to be a great many customers who care about back issues. But there was a way that Amazon could have taken care of this, by retroactively replacing the old-Kindle-key with a key for the new Kindle’s data field. There could be ways to batch-replace.

NEVER, though, have back-issues on a Kindle been deleted in my experience due to cancellation of a subscription.

I subscribe to a few periodicals and still have old issues I wanted to keep although I cancelled the subscriptions. They remain on that Kindle after cancellation. Mine go back to 2008. ‘Gaby’ or someone relaying bad information to her is probably confusing inability to GET back issues onto another Kindle or doesn’t understand you need to opt to “keep” very old ones as they pile up.

THE CHANGE
TODAY (ever since the Kindle app for Android), each of my Kindles on the same account has access to each current issue, and the main Kindle designated gets the current issue on the Home screen while the other Kindles have the most recent issue-titles in their Archived-Items folder. You click to download them if you want.

With old issues (beyond the last 7 issues released) not kept on Amazon servers, you can’t (re)download old ones to any Kindle. So if you want to keep these nowadays, on each of your Kindles, you should download current ones to each Kindle that you want used to read them. They’ll remain there, with one exception that’s part of the periodicals process.

If the Kindle owner reads the User’s Guide, the owner will know that to keep your Kindle free of massive daily-newspaper build-up, on a device with a folder for ALL subscriptions, Amazon gives you a warning when a very-old issue is about to be auto-deleted from the Kindle. It’s marked like this: “(!)” and you get a few days to click to KEEP the issue forever.
These older ones are kept in “Periodicals” folder for awhile, as I said. You have to look in there to ‘manage’ your subscriptions.

If Kindle owners don’t read the manual and don’t know this, they will think the old issues just disappeared. Most don’t actually want to keep older editions of newspapers. But I do want to keep the New Yorker magazines. So I do. I also keep many NYTimes so I can search the Kindle for articles on a given news topic.

I subscribed to a new 60-day trial for the NY Times this last year but cancelled it because the price was too high. I still have all the old issues because I chose to keep them. I looked in the Periodical folder the other day, to find several warnings for some daily periodicals on my Kindle from months ago for my local paper that I might want to ‘keep’ rather than delete or have deleted for me.
Normally they’d be auto-deleted but the Kindle has not been doing the actual deletions lately.