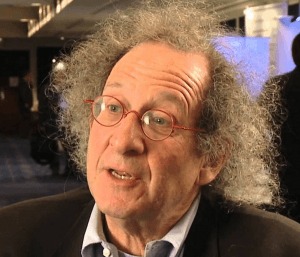 It takes a big man to admit when he was wrong about something. And it turns out that publishing consultant Mike Shatzkin is such a man. His latest column discusses a couple of assumptions he made in his previous column that he has since been challenged on—and those challenges are particularly interesting in what they might mean for the e-book market. But first, I should clear up something about his previous column.

When I wrote my essay about Mike Shatzkin’s previous column a couple of days ago, it attracted a few comments—including a fairly irate one from Shatzkin himself accusing me of twisting and distorting what he said. However, Shatzkin did not choose to reply at greater length. This was probably the right decision on his part—our perspectives are just so different that I doubt we could ever agree on any interpretation of the same set of facts, and it would only have served to get us both hot under the collar for no clear gain to either side.

We approach the marketplace from opposite ends. Shatzkin is a part of the traditional publishing establishment, as his father was before him, and that is where his sympathies will lie. I was an avid consumer of e-books—and sorely vexed by publishers’ inconsistent e-book pricing and availability—for years before I even started writing about them. We have agreed on occasion, but more often we find ourselves at odds. This also isn’t the first time he’s elected not to respond in detail to something I’ve said.

Which is fair enough. Our perspectives are different, and there’s no point in Shatzkin wasting his time and aggravating his temper rebutting me when he’s not going to change my mind anyway. (His time is probably worth a lot more than mine, too.) That said, I went back over my post after his complaint to see if I said anything unsupportable, and I don’t think I did. Given what he wrote from his perspective, I think my own conclusions were fair from my perspective. (Indeed, compared to some of the remarks in the discussion on The Passive Voice, my own column was actually rather tame.)

All this is a roundabout way of saying that while I disagree with Shatzkin frequently, often vehemently, I do find his columns to be interesting and valuable reading as a look into the traditional publishing mindset. I do respect his experience and point of view—but where we disagree is on how applicable they are to certain aspects of today’s ever-changing marketplace. And I imagine we hold rather different opinions about the Big Five publishers, as well.

I also respect Shatzkin’s willingness to admit when he’s wrong about something—in no small part because he must surely know I’m out here ready to express my own probably-contradictory opinions about whatever he says.

And that’s the subject matter of the post he just made—an admission that some of the things he’s heard since he wrote his last column have shed doubt on a couple of that column’s underlying assumptions.

But the far more interesting point has to do with who wanted agency pricing when it came time to renegotiate contracts after the court-imposed waiting periods ran out. Shatzkin writes:

One powerful literary agent, who is inevitably informed by publishers about negotiations that affect the selling prices of ebooks (which, in turn, affect the author royalty), tells me that I have the whole motivation thing on agency backwards. It may have started six years ago as a way for publishers to control the prices of ebooks across the supply chain, so something they were “imposing” on Amazon. But that turned around. It became a way for Amazon to guarantee that they would get a full margin on all agency publishers’ ebook sales (because publishers could lower the ebook price, but the stipulated agency percentage would not be affected). So, in the recent negotiations, the big publishers had no choice about sticking with agency. Amazon insisted that they stick with agency.

Shatzkin has also heard from elsewhere that the margins on agency have drifted a bit to give Amazon “a wee bit more than 30 percent” and hence the publishers a bit less than 70 percent.

Well. If true, that’s an interesting bit of news. We don’t have any independent corroboration of this yet, of course, though I’d say it carries more weight coming from Shatzkin than from your average reporter basing a story on anonymous sources. But if the bit about adult coloring books is also true, it does put a whole new spin on agency pricing, and could suggest publishers have a legitimate reason to be upset. Not only has agency pricing cut their e-book sales, it’s given Amazon a bigger slice of their print sales by listing discounted hardcovers next to the more expensive agency e-books.

It’s easy to see why Amazon might have wanted to resume agency pricing, having been forced into it the first time around. Instead of having to slice its margins razor-thin, agency guarantees it a nice meaty 30% margin on all the sales it does make. (It’s a bit ironic that this was one of the justifications the agency publishers used back when they were imposing agency pricing the first time.) And it allows Amazon to evade any responsibility for the higher prices themselves, with that friendly italicized “This price was set by the publisher” notation. (And even Shatzkin agrees that if the publishers set their prices too high, they’re the ones at fault.)

Plus, it made it increasingly unlikely anyone would try to take Amazon to court for predatory pricing. After all, how could they be accused of predatory pricing when the publishers were the ones setting them? And it helped them sell more print books to make up for the lower e-book sales.

In the end, I rather hope it is true, if only because it has a nice ring of poetic justice. The very same publishers who broke the law (according to both court rulings so far) to impose agency pricing are now hoist by their own petard, as their “strategy” of 2010 turned into the “surrender” of 2015. It appeals to my sense of schadenfreude that the Big Five publishers are undone by being required to take the very thing they fought so hard to obtain. It’s like something out of a Shakespearian play, or some Greek myth about the folly of hubris.

When I was discussing this story with David Rothman, he suggested that, if true, it gave additional credence to his theory that Amazon would not always be the consumer’s friend. And I can see how that would be the case. But at the same time, Amazon has to pick its battles, and e-books are far from the only pie it has a thumb in. Also, it seems odd that Amazon should spend over twenty years building a reputation for consumer-friendliness to turn around and throw that away without some pretty good reasons. Just because there might be a time or two when it has to do something contradictory doesn’t alter its overall tendency toward gaining and keeping customers by giving them the best deals it can.

Anyway, when you look at it from Amazon’s perspective, the decision is simple. The publishers were willing to lock Amazon into taking a greater-than-30% margin on e-books, and shoulder the blame for higher prices? Well, just sign Amazon the heck up.

Even with those two points contradicted, Shatzkin still feels his earlier column was essentially correct. Indeed, on the one point he made—that agency pricing isn’t a good thing for publishers after all—it’s more correct, since it turns out the publishers were fully aware of that already.

Beyond that…isn’t it funny how the major publishers can’t ever seem to be happy? They went to all that trouble and expense to foist agency pricing onto Amazon, had to back down and pay fines over it, then imposed it again. Now it’s firmly in place, legally this time, to the point where it’s crippling e-book sales in favor of print—and they’re still upset because now Amazon is thinking of going into the print bookstore business. What did the publishers expect was going to happen when they made e-books so much less salable and print books so much more attractive?

I was under the impression that the publishers had insisted on getting agency pricing back. But if it was Amazon who did it instead, it does just go to show that the publishers have more reasons than ever to be upset. Not just that Amazon is thriving and taking more print sales, but that it actually asked for agency pricing, like Oliver Twist saying, “Please, sir, I want some more,” and proceeded to use that margin the publishers forced on it to help finance its bookstores. It took the publishers’ own strategy and used it against them, like an aikido move. (Hey, where have I heard that metaphor before?)

I do hope the irony isn’t lost on the agency publishers that this whole thing was kicked off by a measure they implemented to prevent Amazon from being able to gain an undesirable amount of power over them in some nebulous future. Again, it’s like something out of Greek myth and literature—perhaps one of those that dealt with self-fulfilling prophecies, like Oedipus Rex.