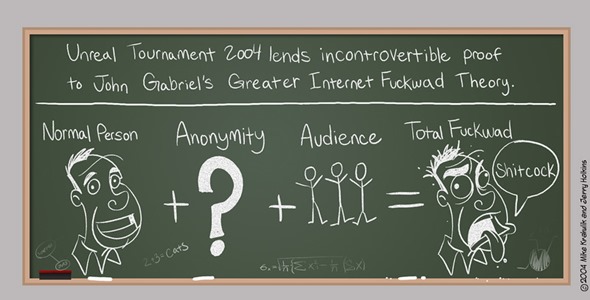 Earlier today I talked about the Twitter flamewar that led to Jonathan Ross stepping down from hosting the Hugos. However, Twitter isn’t the only place you’ll find people behaving badly on the Internet. The Guardian reports that author Anne Rice is taking a stand against abusive anonymous comments posted on Amazon. She’s gotten a petition together with nearly a thousand signatures asking that Amazon enforce its own community standards against anonymous trolls and flamers who post hectoring attacks against authors and other commenters.

We’ve reported on complaints about people using the “one-star nuclear option” for reviewing products whose publisher or author did something they didn’t like in another context—released video games with intrusive DRM, raised prices on or windowed e-books, and so on. Most recently, angry readers left one-star reviews on Lynn Shepherd’s books after she slammed J.K. Rowling’s writing without actually having read any of it. But this goes beyond that,

A few years ago, I covered an essay by Guy Gavriel Kay, in which he discussed how the closer contact between authors and fans that today’s digital era invited came with the price of some fans acting out and complaining about things the authors did. Rice, and other authors cited in the Guardian article, are running into the same sort of issue: anonymous bullies spewing insults and making threats of physical harm because they didn’t like the way a book ended, or whatever else the author had to say.

As the Penny Arcade comic above illustrates, and the recent Twitter blowup over Jonathan Ross shows, when people are isolated from other people by distance and anonymity, their behavior patterns can change for the considerably worse. That’s just a fact of life on the Internet.

(I would suggest, though, that Rice might be making a bit of a mistake when she engages with them. As long as you keep doing that, they’ll keep responding because, to quote another comic strip, “someone is wrong on the Internet.” If they make threats, report them. Otherwise, just ignore them and go about your business.)

I can certainly sympathize with Rice’s desire to have the trolls shut up, and I would hope Amazon listens and starts policing the forums more closely. It’s not as if it would cost them much money to hire a few extra people to do that. Either way, there’s no denying that as long as there’s an Internet, people are going to be jerks on it. Rice, and those like her, really need to learn to report, not engage.

Oh, and one more thing: the petition Rice is circulating? It’s on Change.org, the first refuge of slacktivists everywhere (which will then happily email you about unrelated petitions unless you tell it not to). So anyway, good for Rice for speaking out, but color me doubtful this is actually going to get anything done.