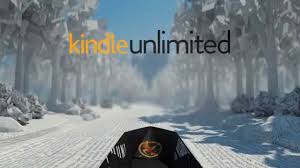 Now that it’s July, the new chapter of Kindle Unlimited has begun. No longer paying per book (of which at least 10% was read), it’s now paying per page. According to one estimate, a bit over half a cent per page, though it remains to be seen how close to accurate this guess is.

Short story writers do the same amount of work, word for word, as someone who writes a novel. One person might write a 60,000-word novel; someone else might write ten 6,000-word stories. But the person who wrote the stories will have ten titles out there for people to download, potentially finish, get rated, and have recommended to other people. People who think that all this means they need to pad their novels so people will have more pages to read are taking exactly the wrong message away from this, says Howey. They don’t need to make their books longer, they need to make them more compelling.

Meanwhile, erotica writer Selena Kitt has the same level of certainty that these changes are an unmitigated disaster for many story writers. Kitt writes:

I predict that mystery, thriller/suspense and horror writers will make a killing. People read those books to the end to find what happens! I predict short chapters with “cliffhanger” endings. I know people have been complaining about serials and cliffhangers – but I think we’ll see more of them. Because cliffhangers! I predict the sweet spot will be 25-35K. 50K at most. I predict pages of short, snappy, untagged dialogue!

Oh the places authors will go…

Among other things, Amazon will no longer tell the total number of borrows a book gets, but only tell how many pages in it are read—and they claim not to have any information on average number of pages per read available. Only the pages that are actually read will count—read the first page and then skip to the end of the book, and you only read two pages.

Kitt is asking for erotica authors to “pull-out on KU” and remove their erotica stories from the service. Kitt wants Amazon to pledge to make both number of pages read and number of borrows available, and also to pledge to tell authors now exactly what they will be earning per page instead of asking them to sign up now and promising to tell them later.

Between this and the recent Scribd culling of erotica titles, this appears to be a confusing time for subscription service erotica fans and writers alike. This is probably to be expected, given that they’re the most active users of such services. It’s probably going to be a while until we see exactly how things are going to shake out for writers and readers alike.

Update: In another post I somehow missed in the process of writing this one, Hugh Howey expresses sheer befuddlement at the amazing amount of gun-jumping that’s going on on the very first day of the new Kindle rates even being available.

The change to KU 2.0 has me revisiting whether or not to move my novels back into KDP Select. But you know what? I might take an entire day to make that decision. Hell, I might take a week. Or even a month! And I might try to take a deep breath somewhere in there, and think about this program for what it is, and not what it used to be, or what I wish it were, or equate it with retail, or pine for a program that can be gamed and provides a worse experience for readers.

Words of wisdom there…