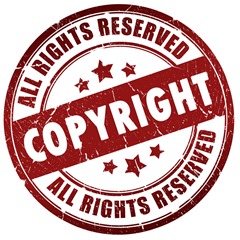 Rights are more important than ever in the digital publishing world of today. In that respect, it’s not surprising there would be a conference devoted entirely to managing rights to digital media. On Publishing Perspectives, Porter Anderson summarizes a number of panels that took place there. I found the content of the panels as communicated in Porter’s summaries as interesting for what they implied as for what they said.

First up was Authors Guild President Roxana Robinson, discussing the trouble authors are having getting paid when many of their titles are remaindered and end up competing with new copies on Amazon. “Publishers have high hopes for every book they make, they make more copies than can sell,” Robinson explained, and sell those titles through middlemen who in turn sell them on Amazon—and the publisher’s contract permits them to do this without paying royalties to the author. So they do it, because they want money.

If Robinson had any harsher words for the publishers in attendance about this practice, Anderson didn’t report them. The odd thing, though, is that she even brings it up in the context of rights management issues in the new digital world, given that publishers have been remaindering books since before Amazon was even a twinkle in Jeff Bezos’s eye. I well remember going into Waldenbooks as a kid in the 1980s and finding remaindered tables there. Yes, sure, Amazon is digital, but it’s simply a continuation of those same non-digital bookstore practices. The only difference is now all the copies of each book are right next to each other, instead of being kept in separate parts of the store.

Then Randy Petway from Ingenta spoke, reminding publishers they need to take care of their authors or the authors will “step out of  the business as a whole or they’ll find alternate channels, to be able to sustain an income.” They might even “[become] an adversary” if they feel publishers aren’t doing enough to protect their rights. Hence, publishers need to audit their rights portfolio and incorporate new rights-tracking technology to let their rights department be able to respond to queries “without the whole department coming to a screeching halt.”

“Alternate channels,” huh? Sounds an awful lot like Petway was talking about self-publishing there.

Michael Healy, Executive Director of International Relations with Copyright Clearance Center, doesn’t seem to look too happily on various places around the world that are looking at broadening “fair use” protections in educational and library settings. He notes that, in Canada, licensing revenue has fallen from several million dollars a year to “almost zero” since Canada has adjusted its copyright licensing regime. Calling this the “Canadian flu,” Healy notes that it’s happening more and more frequently around the world.

In many of the challenges to copyright Healy sees, publishers simply aren’t considered legitimate rights-holders. “Taken in aggregate, these are serious situations,” he said, describing “multi-pronged assaults on copyright.”

Two of the tips that Kliemann provided: (1) Get past paper contracts if at all possible—it’s time for publishing to move to electronic signatures and digitally formatted contracts. (2) Watch for which titles in a backlist are getting permissions requests—those are clues to potential rights to be exploited.

I’d venture to suggest that “exploited” probably isn’t the best term to use there. It’s probably meant here as a neutral term describing making of the most of an opportunity, but the more familiar usage of the word means someone is profiting at the expense of someone else—and too many authors and readers feel that way about publishers already.

A few other interesting tidbits to come out of the conference:

So, that’s that. It’s kind of a funny thing, but given that the conference was about rights management in a digital world, I didn’t see any mention, except implicitly, of DRM—which is commonly understood to mean “Digital Rights Management.” It’s too bad that this lack of mention probably just means everyone takes it for granted now.

As I already noted, it’s also funny that Roxana Robinson brings up the issue of remaindering in the context of something that’s an issue in the here and now. Not only is it not new, it absolutely should be an issue in the here-and-now, but not for the reasons Robinson represents. Remaindering is an artifact of a much earlier era, when publishers didn’t have any good way to estimate or count the number of sales that were being made, so they just had to take their best guess and accept that some waste was going to happen.

We have much better technology now. We should be able to forecast demand a lot better, and print a lot closer to the exact number of copies needed. With print-on-demand technology, some titles might not even need full print runs at all. If publishers were only willing to modernize their operations, they could put remainders dealers out of business by drying up their supply—and save a lot of warehouse space, to boot. Remainders could become a thing of the past—and for that matter, so could pulping returned books, another decades-old practice that is only wasting energy and helping contribute to global warming.

But publishers would need to modernize their warehousing operations, and recent events demonstrated those are still stuck in the past, too. When Amazon reduced the inventory of Hachette titles it kept on hand, Hachette proved not to be up to the task of getting new batches of books shipped out in a timely manner. Its warehouse system wasn’t up to keeping pace with demand, because it never had to before—Amazon and other distributors took care of that. But that sluggish response is also part and parcel of what’s keeping publishers stuck on printing more books than they need, then selling their overstocks to compete with themselves.

Randy Petway’s presentation does reflect the way publishers are coming to realize that self-publishing is a serious competitor, even if they don’t want to mention it by name. It’s funny, though, that he thinks authors are focused so intensely on their rights. Perhaps they are, but only because that’s a means to an end—the end of getting paid more money.

Michael Healy’s emphasis on fighting copyright reform, and his complaint that publishers aren’t considered legitimate rights-holders, seems to be another reflection of what’s wrong with the modern publishing industry. Of course publishers shouldn’t be considered rights-holders; they’re just rights borrowers. The author is the one who should hold the rights. But then, given the way many contracts assign the publisher the rights for the duration of copyright—for decades after the author passes away—many publishers seem to disagree. It’s hardly a surprise that publishers and their partisans would be upset that people might get more latitude in how they use copyrighted material, given that license fees are how they make their money.

As for Kerry Saretsky and Go Set a Watchman, yeah, it’s great that blockbuster titles get that kind of roll-out. But how much money do they spend pushing the books of Joe Random Midlist Author? “Oh hey, here’s a Facebook account. Go crazy with it!” And all this for a book that probably should never have been published in the first place! Maybe “exploit” is the right word after all.

Will big publishing ever change? Maybe, eventually, if it finds it can no longer survive without it. Until then, it’s still living several decades in the past and desperately trying to see and hear no evil.