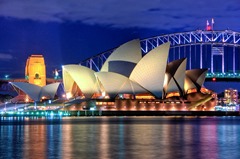 The Melbourne Herald Sun has a brief story on an Australian government report suggesting that books cost too much Down Under and recommending lifting parallel import restrictions. The report from the Australian Government Productivity Commission looked at book prices in Australia, the US, and the UK over two years and found that, for titles available both locally and abroad, it was often cheaper to import titles from overseas than to buy from local publishers.

The report recommended allowing retailers to order books in bulk from overseas, rather than being legally required to order from local publishers. This would effectively duplicate the Kirtsaeng ruling, in which the US Supreme Court found it was legal for a student to import and resell cheaper foreign editions of US textbooks from overseas. It’s currently legal for Australians to buy books individually from overseas, but not for commercial entities to buy in bulk.

That only applies to physical books, of course. Because e-books have their own territorial rights issues, Australians can only buy e-books from Australian e-book vendors—who charge the same high prices down there as the publishers do for paper books. This has been a known issue for a while—in 2012, an Australian government committee started looking into digital price discrimination; in 2014, a study found that 79% of Australians were concerned about being overcharged for digital products—and also noted that it could be less expensive to import these goods from overseas.

“In a world where the internet has reduced delivery costs it seems ridiculous that it can be cheaper to order a hard-copy product and have it shipped to Australia than it is to download a digital file.”

I’m pretty sure I covered another Australian whitepaper for TeleRead at some point that recommended permitting piracy for items that cost too much in Australia, but I can no longer find it so it may have disappeared in one of our updates. (If anyone knows where to find it on Archive.org so I can link it there, let me know.)

Australian authors and publishers are upset by the possibility of the government allowing parallel importation of physical books. They feel that it would threaten the well-being of the Australian publishing industry—which, to be fair, it probably would. But even if it was allowed, that wouldn’t directly affect the price of Australian e-books, as there is no possible equivalent to parallel importation in that situation.